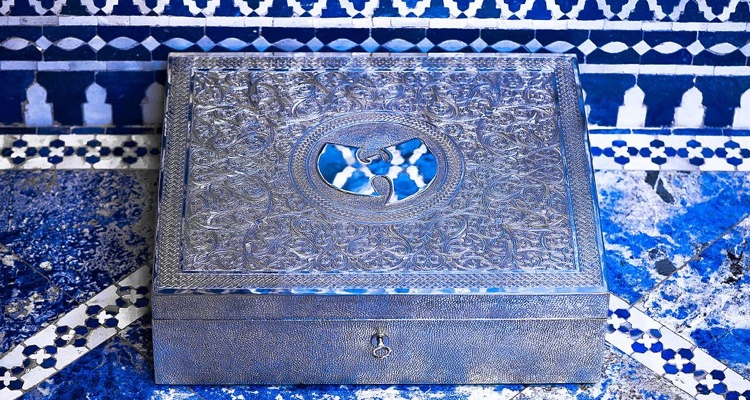 Single copy of Wu-Tang Clan’s 2015 album, Once Upon a Time In Shaolin

“I donated $2 million to the Wu-Tang Clan, and I got a mixtape in return. It was a wonderful investment.  I view it as a donation.”

This is the most exposure the Wu-Tang Clan’s $2 million album has received to date.  And it happened on a whim.

It comes from convicted ‘pharma bro’ Martin Shkreli, who is actually one of the biggest donors to the musical arts.  Back in 2015, the ultra-wealthy hedge funder bid $2 million for the only copy of Wu-Tang’s double-CD, Once Upon a Time In Shaolin.  It’s been sitting in his New York apartment ever since.

That’s the biggest price tag recorded for any album, in history.  “I donated $2 million to the Wu-Tang Clan, and I got a mixtape in return,” Shkreli stated last week.  “It was a wonderful investment. I view it as a donation.”

After being convicted on three counts of securities fraud, Shkreli casually retired to his chambers to play a piece of the album.  The playback occurred during an impromptu interview (where he made the above statement).  In the clip, Shkreli nonchalantly starts playing the album while discussing his grueling legal battle against 8 charges of securities fraud.

But, fair warning: this isn’t a clean listen.

In fact, it’s just an intro and two songs, with the second track cut off as the discussion ends.  But hey, it you’re really, really into Wu-Tang, you’ll want to listen to this.

Accordingly, here’s an hour-long interview cued to the start of the album (around the 49-minute mark).  Actually, it sounds pretty vintage Wu-Tang Clan, with a kung-fu intro (of course) then lots of Shaolin-style rapping.  Method Man seems to be taking a big role, but that’s a little hard to confirm.

You’ll also be listening to a debate about reporting, Donald Trump, and a bunch of other comparatively trivial matters.  So get ready to do some realtime audio separation with your brain audio-processor.

Anyway, here you go.  It’s the biggest playback of Once Upon a Time In Shaolin the world has heard to date.