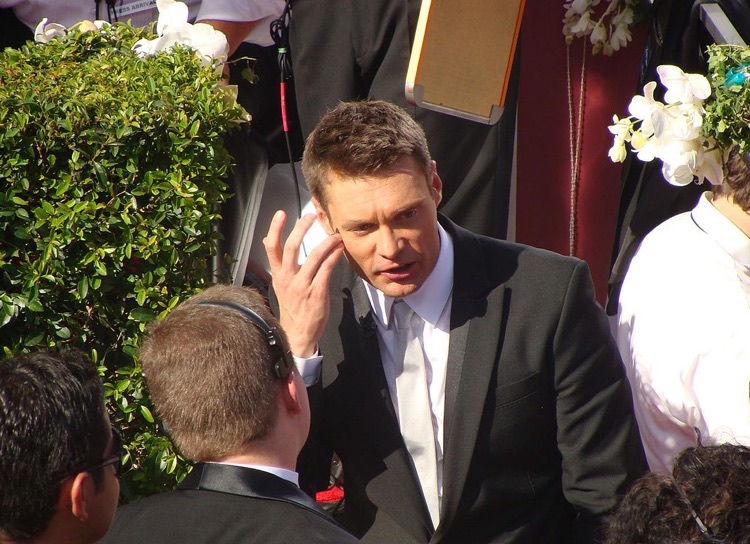 It’s the latest ugly accusation of sexual misconduct.  But this one might be complete bull—t.

Early this morning, Hollywood and music industry fixture Ryan Seacrest got in front of some serious sexual abuse allegations.  Here’s what we know so far: Seacrest is now being accused of sexual impropriety involving a wardrobe stylist roughly ten years ago.

The alleged incident occurred on the set of E! News, though Seacrest says absolutely nothing happened.

Here’s an official statement issued by Seacrest early this morning.

“Recently, someone that worked as a wardrobe stylist for me nearly a decade ago at E! News, came forward with a complaint suggesting I behaved inappropriately toward her. If I made her feel anything but respected, I am truly sorry. I dispute these reckless allegations and I plan to cooperate with any corporate inquiries that may result.

“I treat all my colleagues with kindness, dignity, and understanding, as this is a principle that’s core to who I am. Throughout my 25 years in the entertainment industry, the majority of my co-workers have been women, and I’ve endeavored to foster a positive work environment of mutual respect and courtesy, as that’s how I believe it should be.

“I’m distraught that anyone or any situation would call that into question. I am proud of my workplace reputation, and believe my track record will speak for itself. I’m an advocate for women. I will continue to support their voices.”

Keep in mind that we haven’t seen the actual allegation itself.  Accordingly, we have little information on the individual hurling these accusations.

But the accuser, whomever this person may be, is now facing her own accusation.  Multiple reports are now pointing to a high-priced blackmail attempt, with Seacrest apparently refusing to cooperate.  The Hollywood Reporter noted that “the alleged victim is said to have… made a substantial financial ask in exchange for her silence,” an approach that “Seacrest declined via his lawyers.”

But wait: this gets even uglier.  Enter TMZ, which pointed to a $15 million blackmail demand.  That was apparently the extreme price for silence, though it seems the deal fell through.  Nice try, though.

All of which makes you wonder what other blackmail attempts are floating out there.