Turns Out Pitbull Is a “Clean Water Ambassador”. He’s Giving a Speech on the Global Water Crisis at the U.N. 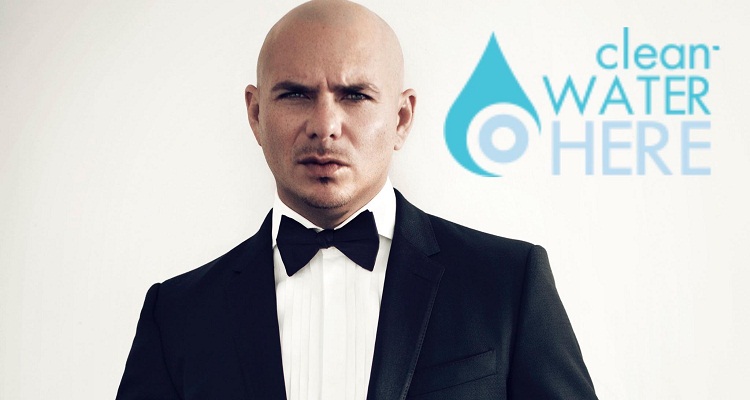 In recognition of his humanitarian efforts, Pitbull will address the UN about the global water crisis on World Water Day.

And it’s not because Pitbull has albums named “Global Warming” or “Climate Change”. Not just, at least.

AKA Armando Christian Perez, Pitbull is a living embodiment of how far anyone can get given the right attitude and an indomitable spirit.

The Cuban-American artist’s rise has been nothing short of meteoric. Despite having began his music career as early as 2001, Pitbull didn’t break through until 2009. During all that time,  huffing and puffing without nailing down the kind of impact he would’ve wanted, he never moaned.

Everything about the “Timber” performer speaks  of hard graft and relentless aggression in the pursuit of success. From having to implore Lil Jon for a small guest intro spot on Kings of Crunk in 2002 to winning a grammy. From an arduous, early Miami childhood to giving world leaders at a UN summit a tip or two on how solve the global water problem.

The singer’s latest accolade is in recognition of something different from his pop megastar status. Pitbull is not unsympathetic to the sufferings of fellow humans from all around the globe.

His most famous act of philanthropy is probably when he lent his private jet to help bring in hurricane-ravaged cancer patients from Puerto Rico last year. But the Miami rapper has also been heavily involved in the global effort to provide clean water to disadvantaged communities all around the world.

At the UN General Assembly on Thursday, Pitbull’s hard work in that particular sphere will also see him bag a couple of awards. The 2018 World Water Champion Award and global ambassador for Clean Water Here.

Giving a preview as to what he might tell the world’s leadership on Thursday, the 37-year-old said:

“Our leaders need to understand that economy and environment are not mutually exclusive. One is not more important than the other. Try counting your money while holding your breath, starving and dehydrating at the same time. All life needs water. Clean Water Here is committed to improving access to safe water for all, and it is an honor to serve as global ambassador. Equally, it is an honor to address delegates at the United Nations on World Water Day about this critical issue.”

After Pitbull has given his two cents, U.N. General Assembly President Miroslav Lajcak will announce a 10-year plan for sustainable development of water resources.