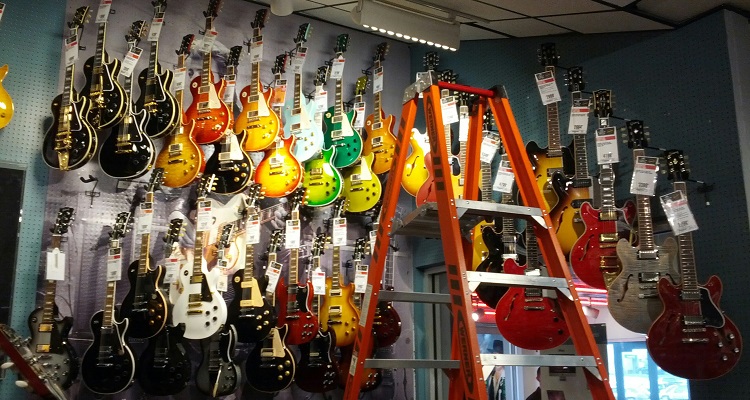 A neural network on what you love to listen to.

Music Audience Exchange (MAX) has unveiled its Artist Matching Engine.  The platform’s data model uses neural networks to map music tastes onto the demographic, psychographic, geographic and behavioral attributes of music listeners.  Ford is among the first brands to leverage the platform’s insights. The Artist Matching Engine is the result of a 3-year project from a team of engineers & data scientists.

Goodbye, third-party ad serving on YouTube.  In Europe, at least.

“YouTube will no longer support third-party ad serving on reserved buys in Europe beginning May 21, and it will assess whether to extend that policy globally.”

Advertisers who don’t use DoubleClick Campaign Manager will have to “retraffic their ads” by May 21st to avoid “any downtime in delivery.”

Going to the movies.

Michelle Slavich, a high-ranking communications executive at Google, has joined Warner Bros. Pictures.  She will serve as the Executive Vice President of Global Publicity and Strategy.  Slavich oversaw entertainment PR and corporate communications at YouTube.

Live music advocates in Iowa have taken a stand against Live Nation.  The company plans to open two music venues in Des Moines’ East Village.  It partnered with Christensen Development, a local company, to propose a $12 million to $15 million renovation of the Argonne Armory.  Live Nation and Christensen Development would create two theaters holding 2,000 and 800 people, respectively.  In light of a recent government investigation into Live Nation’s ‘strong-arm business tactics,’ city music leaders and entrepreneurs have strongly opposed the plan.  Dan Green, Director of the 515 Alive Music Festival, said,

Cardi B has obliterated a streaming record previously held by Taylor Swift.  The rapper’s newest album, Invasion of Privacy, has racked up over 100 million streams on Apple Music.  It set a record for first-week streams by a female artist on the service, more than double the record previously held by Taylor Swift’s Reputation.  Invasion of Privacy has now become the fifth most-streamed album on the platform, surpassing The Weeknd’s Starboy and Ed Sheeran’s Divide.

Even more exclusives on Apple Music.

Australian EDM producer Flume has announced two new music documentaries exclusively on Apple Music.  According to 9to5Mac, the first documentary, Flume: When Everything Was New, will likely focus on his rise to fame.  The second, Sleepless: The Story of Future Classic, may document Flume’s career and his involvement with indie label, Future Classic.  Both documentaries will drop on April 20th.

“Alexa, hear all of my conversations, please.”

Amazon has patented a “voice sniffing” algorithm.  The patent describes listening in to conversations and building a profile of consumers’ likes and dislikes.  The company may use the patent on its Echo speakers.  In a statement, Amazon immediately dismissed rumors of invading users’ privacy.

“We do not use customers’ voice recordings for targeted advertising.  Like many companies, we file a number of forward-looking patent applications that explore the full possibilities of new technology.”

Fruit Punch, Inc. has announced the world’s first streaming music platform made just for children.  Dubbed Fruit Punch Music, the app lets families access a huge library of ad-free parent-approved ‘appropriate’ music.  Kids will have access to dozens of stations ranging from Pop to Country, Alternative Pop to Disney.  They’ll hear songs from artists including Maroon 5, Taylor Swift, Beyonce, and The Temptations.  Parents can sign-up for a free 7-day trial.  They can then pay $3.99 a month or $24.99 a year to continue using the app.

Blockchain startup Soundpruf will offer a web and mobile software application built on blockchain technology.  It will aggregate every user’s music listening portfolio and pay artists and listeners in cryptocurrency for streaming sessions via Spotify or another streaming music platform.  Yet, how exactly the application will work as well as payout rates remain unknown.

Avoid threats to your music business.

INgrooves, a distribution and marketing company, has launched a new data-mining tool.  It will help labels sift through and make sense of copious amounts of information flowing from digital services to music suppliers.  The tool is aimed at making it easier for clients to spot marketing opportunities and potential business threats.  All labels currently distributed by INgrooves can access the tool through their personal portals on the company’s website.

Not dying anytime soon, apparently.  But, yeah, it probably will.

In a statement to The Sun, Apple has denied that the company will shut down iTunes.  The company had reportedly sent a letter to music industry partners titled ‘The End of iTunes LPs.’  In it, Apple reportedly stated that it would phase out iTunes by March 31st, 2019.

This is looking familiar: Guitar Center has announced the expiration and final results of its previously announced exchange offer and consent solicitation.  The company had offered to exchange its existing 9.625% Senior Unsecured Notes due 2020 for 5% Cash/8% PIK notes due 2022.  The Unsecured Notes have a $325 million aggregate principal amount outstanding. Meanwhile, sales forecasts for the once-solid retail giant are sinking — for reasons that sound similar those being experienced by Gibson Guitar.