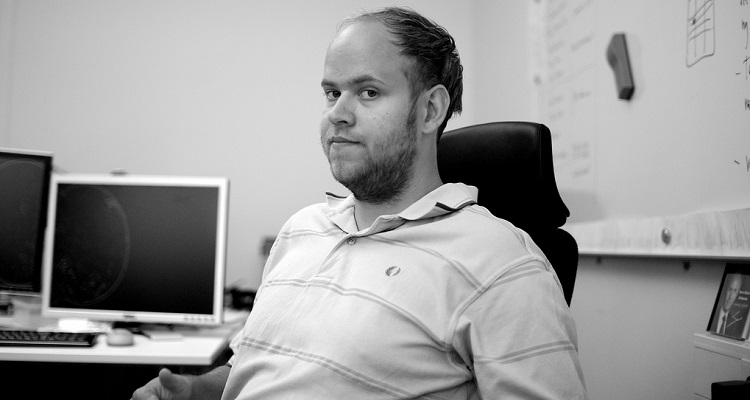 In a keynote Q&A at the Code Conference in California, Spotify CEO Daniel Ek admitted that the company mismanaged its Hate Conduct policy that took down certain controversial artists from playlists.  He took personal responsibility for the botched rollout.

“Frankly, we were missing one of these big opportunities, which is a family plan…  Pandora has had to weather lots of competition that’s entered the market already and still remains No. 1.”

Yet, according to a study published last January by Triton Digital, more people now use Spotify – not Pandora – for webcast listening.

P&G has also partnered with the company to launch the Premium Family plan.  The company will give away a 60-day free trial to the digital radio service for new customers.

Tencent Music has appointed Goldman Sachs, Morgan Bank, and Bank of America Merrill Lynch to lead its listing on the New York Stock Exchange.   The streaming music service will have a valuation in excess of $30 billion.  Last year, the service had a $12.5 billion valuation.

According to a source, Tencent Music’s valuation would depend on “where Spotify was trading at the time of IPO pricing.”  The company will likely go public in the latter half of this year.

Study shows teens now use Facebook even less than before.

A new study from the Pew Research Center has found that only 51% of teens use Facebook.  This represents a 28.2% drop over 2015, when Pew found that 71% of teens used the social media platform.  YouTube, Instagram, and Snapchat have become more popular.  Only 10% of teens said they used Facebook the most. 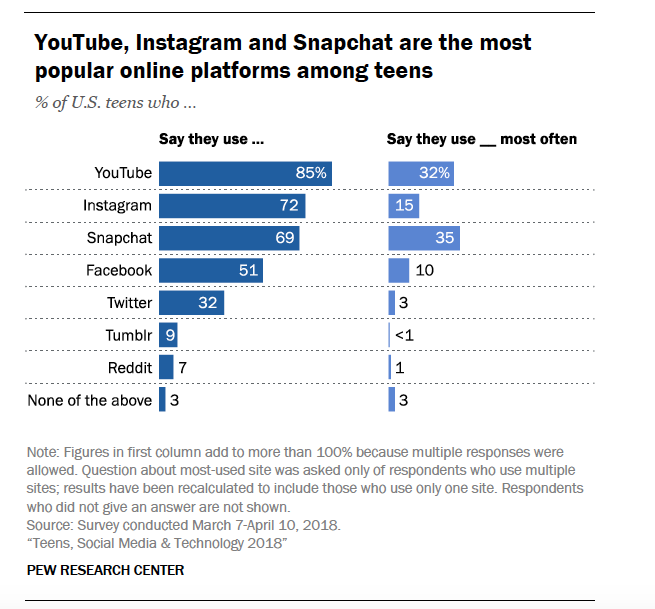 To attract songwriters to its platform, Apple Music has launched a global publishing business.  The company has promoted Elena Segal, previously Legal Director of iTunes International.  She has become Apple Music’s Global Director of Music Publishing.

The global publishing business will contain subdivisions including Operations, Commercial, Publisher Relations, and A&R.  This marks the first major move by the new Head of Apple Music, Oliver Schusser.

In addition, Apple Music will launch a new global division.  According to a new job ad, the platform aims to build a worldwide team “to enable data-driven conversations between Apple, labels, artists, and the broader industry.”  The perfect candidate will “define and drive a clear strategy for Apple Music charts, including official charts for music and podcasts.”

Zack Stoner, founder of popular YouTube channel ZackTV1, was shot and killed in Chicago.  While driving in the city’s South Loop neighborhood at 1:30 am, he was shot in the head and neck.  The Chicago Police Department confirmed the details of the shooting.  Authorities have yet to make an arrest.

The most popular YouTubers of 2018.

Tapscape has published a list of the world’s most popular YouTubers.

LiveXLive Media has signed a five-year agreement with the Sziget Festival, one of Europe’s largest music and cultural festivals.  The deal establishes LiveXLive as the official live streaming and content partner of the festival.  The Sziget Festival will take place in Budapest, Hungary from August 8th to the 15th.

StubHub has released its fourth annual list of the most in-demand summer concerts.  Taylor Swift topped the list.  Ticket prices dropped 21% over her 1989 tour.  The Eagles took second place, followed by Harry Styles, Beyoncé, and the Foo Fighters.  The list includes US tour dates from Memorial Day to Labor Day 2018.

The estate of Michael Jackson has filed a copyright infringement lawsuit against the Walt Disney Company.  Lawyers for the estate allege that a recent ABC special used the late singer’s songs and videos without permission.  The TV special reportedly used ‘Beat It,’ ‘Billie Jean,’ and ‘The Girl Is Mine,’ along with music video clips from ‘Thriller’ and ‘This Is It.’  Disney alleges that since the show was a ‘documentary,’ the company used the singer’s material under the ‘fair use’ doctrine.

Apple has ordered a half-hour series about Emily Dickinson.  Actor and singer Hailee Steinfeld will star in the show.  The series will explore the constraints of society, gender, and family.

SoundCloud has announced a partnership with independent ad tech company AppNexus.  Under terms of the partnership, SoundCloud’s audio and video inventory is now available programmatically via the AppNexus Marketplace.  This will give advertisers the ability to reach SoundCloud’s millennial and Gen Z audience.  Buyers can access 15- and 30-second pre-roll and in-feed audio and video spots from SoundCloud through open marketplace real-time bidding as well as private deals.

The Association of Independent Music (AIM) has announced the submission dates for this year’s awards ceremony.  Award submissions for members and non-members are due by 8 pm on June 26th.  The 8th annual AIM Awards will take place at The Brewery in Clerkenwell, England.  BBC Radio 1’s MistaJam will return to host.

Cardstack Syndicate Inc., creator of the Cardstack framework, has announced a partnership with Dot Blockchain Media Inc. (dotBC), a media rights management company.  Both companies will aim to bring clarity and transparency to data rights and payments processes in the music and media industries.  The partnership will address inefficiencies in music and media metadata storage.

Both companies will use Cardstack’s blockchain-based framework to record and connect metadata from multiple platforms.  They hope to give artists control over ownership rights and how their work is commercialized.

The number of teens studying in music has declined 17% in the past four years in Britain.  According to Ofqual, the government department overseeing qualifications and exams, the number of students taking the General Certificate of Secondary Education (GCSE) stood at 43,770.  That figure dropped to 35,895 this year.

The drop applies to all major art subjects at GCSE.  Including Drama, Design and Technology, Media/Film/TV studies, the number has fallen by 150,000 over the past five years.