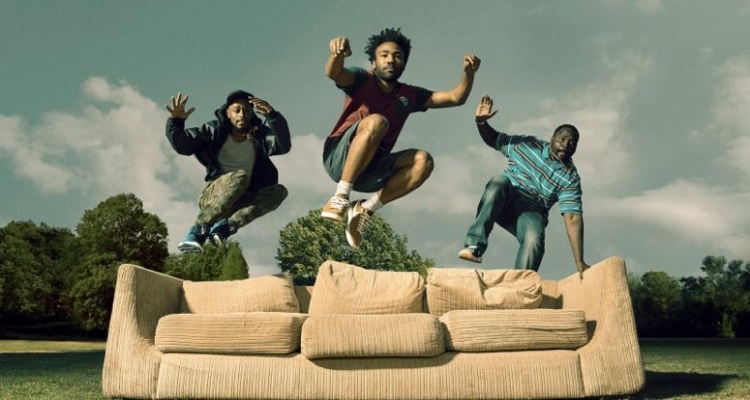 FX Network has just renewed Atlanta into a third season.  The successful show, led by Donald Glover (aka Childish Gambino), will undoubtedly feel a lift from Gambino’s high-impact music statement ‘This Is America’.

Bon Iver and The National launch a streaming service.

Along with Bon Iver, The National’s Aaron and Bryce Dessner have launched a new streaming service called People.  According to Aaron Dessner, the service won’t compete against Spotify and Apple Music.  Instead, the open-access “artist-directed” publishing platform will empower musicians to share their experimental works.

“We want to create a place to evolve and share ideas around the year.  That’s why we are in the process of building our own digital platform where the music from recordings, sessions, and live events as well as visual art, podcasts, and essays can find a home.  For all the raw, the unpackaged, the experiments, and the evolved ideas.”

The artists have also announced a new Berlin-based festival.

The Digital Future Council (DFC) – a think tank aimed at bridging the gap between the creative and technology industries – has announced a second round of founding members ahead of its official launch during the Cannes Lions Festival.  New additions include executives from CNN, Casper, Refinery29, Columbia Records UK, eBay, and more.

Lil Wayne has now negotiated an exit settlement with both Cash Money Records and Universal Music Group.  “He is his own man, a man that owns his assets, his music and himself,” Wayne’s attorney Ron Sweeney told Billboard.  “At some point, Wayne will let his fans know what’s going to happen next.”

Soundeon, a blockchain-based music platform, has joined the Open Music Initiative (OMI), a nonprofit initiative led by the Berklee College of Music Institute for Creative Entrepreneurship in partnership with the MIT Media Lab.  OMI aims to promote and develop an open protocol for industry-wide creative rights management and royalty distribution.

Ye has over 100 million streams on Spotify.

Kanye West’s new album, Ye, has surpassed 100 million total streams on Spotify.  TIDAL and Apple Music have yet to release their figures.

The Weeknd has his own show on Beats 1 Radio.

Nominations for the first-ever Australian Women in Music Awards have opened.  First announced in March, the event will feature fourteen award categories recognizing women’s contributions to the Australian music industry.  These include artists, people of color, educators, photographers, and managers.  Organizers will accept nominations on the Australian Women in Music Awards website until June 12th.  The event will take place in Brisbane on October 9th and 10th.

30,000 people pay for TIDAL’s high-fidelity audio service — according to someone out there.

According to ‘industry sources’ speaking to Billboard, Tidal has around 380,000 to 480,000 subscribers in the US.  30,000 users apparently pay for the service’s $19.99 high-fidelity audio tier.  Another source claims that Jay-Z’s beleaguered music streaming service has roughly 1 million subscribers around the world.  All of those numbers are unfortunately suspect, however, given serious allegations against Tidal of accounting and reporting fraud.  If true, the figures (whichever set you choose) still pale in comparison to Spotify (71 million paid subscribers) and Apple Music (42 million paid subs).

Veteran talent executive Steve Himmelfarb has joined The Feldman Agency as an agent.  He joins from The Billions Corporation where he represented more than thirty-five artists across Canada, the US, South America, and Asia including Charlotte Day Wilson, PUP, Lord Huron, Beirut, Wolf Parade, Wintersleep, and New Pornographers, among others.

Live Nation Entertainment has announced the election of Dana Walden and Ping Fu to its Board of Directors.  Walden has served as Chairman and Chief Executive Officer of Fox Television Group at 21st Century Fox since July 2014.  Fu co-founded Geomagic, a 3D imaging software company acquired by 3D Systems in February 2013.

Sony Music Nashville (SMN) has promoted Cary Ryan to Vice President of Release Planning and Production.  He will continue to oversee the Release Planning & Production department and direct the scheduling, production, and distribution of products through the physical and digital supply chain for SMN.

Country singer Walker Hayes has canceled multiple shows following the passing of his newborn daughter, Oakleigh.  In a statement on Twitter, he thanked fans for respecting his family’s wishes for privacy.

“Oakleigh Klover Hayes was born this morning at the hospital and now is safely in heaven.”

Tejano singer, guitarist, and songwriter Jimmy Gonzalez has passed away.  Eloy Lejia, Promotions Manager for Gonzalez’s label, Freddy Records, said that he had suffered a heart attack.  He was 67.