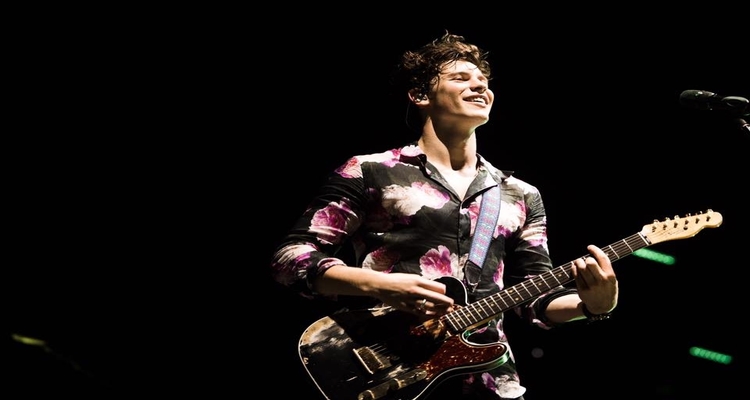 Shawn Mendes has been named the biggest artist on Apple Music this year — thanks to more than one billion streams.

Shawn Mendes’ recently-release, self-titled album was smashing records immediately after its release.  The artist had the largest first week for a pop album on Apple Music this year so far.

Released on May 25th, the new Shawn Mendes album was accompanied by a collection of bonus material on Apple Music.  That included a Beats 1 interview with Zane Lowe, an exclusive live concert Q&A session, customized playlists, and more.

On June 4th, the singer’s third album debuted at the top of the Billboard 200 charts, making this his third effort to do so.  Not only is this Mendes’ biggest sales debut, but he’s also the third-youngest solo artist ever to achieve three No. 1 albums, according to Billboard.

The singer has now surpassed 1 billion global streams on Apple Music, making this is a massive milestone.  Even more impressive, Mendes is just 19.

The previous record holder for most-streamed pop album of 2018 was Justin Timberlake’s Man Of The Woods, which launched in February.  There have been a few other record-breaking stories related to Apple Music this year, most recently with rapper J. Cole breaking the record for most album streams in the first 24 hours in the United States.

Before that, Cardi B’s Invasion of Privacy set a new record for first-week streams by a female artist on Apple Music, beating Taylor Swift’s Reputation.

Apple Music reportedly has over 50 million users total.  The figure combines those paying for the service and anyone on a free trial.   The last specific paid count sat at 40 million in April, compared to 71 million listeners paying for Spotify.

Mendes continues his successful week with a week-long residency at The Late Late Show With James Corden.  He’ll also be playing music festivals in the U.S. this summer before going on his self-titled international arena tour next spring.