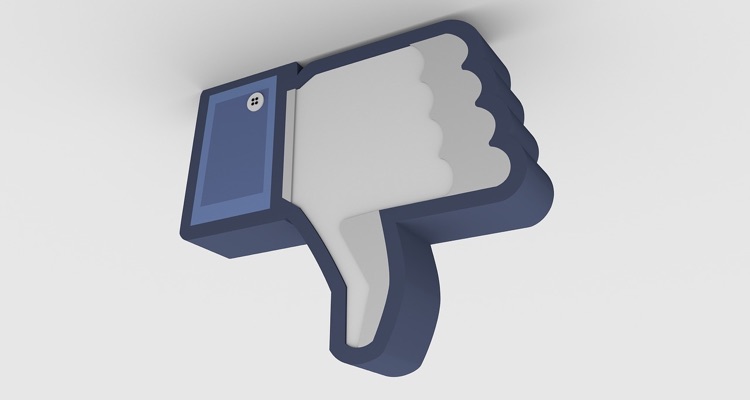 Facebook has admitted to providing 61 businesses access to user data, including public profile information.  Of course, this is after Facebook declared that it wasn’t sharing user information with any partners.  The social network provided users’ personal information to Nike, Spotify, UPS, dating app Hinge, Snap, Panasonic, Oracle, AOL, and Nissan, among others, without any notifications to users.

Apple announces the date of its Q3 2018  earnings call.

Apple will reveal its Q3 2018 earnings on July 31st.  CEO Tim Cook and CFO Luca Maestri will provide details on the company’s performance and answer questions from investment analysts.

In a deal with prosecutors, two Ghost Ship organizers have plead no contest.  Derick Ion Almeda – who converted the Oakland warehouse into a music venue without permits – will serve nine years in jail.  Max Harris – the venue’s organizer – will serve six years.  Both men had faced up to 39 years in jail for the December 2016 fire that led to 36 deaths.  Attendees couldn’t find their way out of the warehouse after it went ablaze during a crowded party.

How much are Scorpion streams worth?

Following the release of his new album, Scorpion, Drake has earned between $1.8 million and $2.5 million from record-breaking streams alone on Apple Music, Amazon Music, and Spotify.  The album will likely reach 1 billion streams collectively after just one week.

Want to stay on a coveted playlist?  Then feed the beast, says AWAL.

AWAL, a UK digital distribution and label services company, has published advice for artists who have landed on popular playlists.  The company suggests artists share the newly-slotted tracks on social media, encourage followers to stream the track, and craft a message featuring an Apple Music/Spotify link.

SGAE has reportedly returned to conspiring with Spanish broadcasters in order to spin ‘low quality’ music owned by corrupt SGAE executives.  The scam – known as “the wheel” – generates performance royalties which are then split between SGAE and broadcast executives.

Content creators on YouTube have extended the length of their videos to cater to YouTube’s unbalanced algorithm, which reportedly favors longer videos to place more ads.  Cody Ko, a comedian, explained that “to take advantage of the power of the algorithm” and earn money, he now uploads videos between 12 and 16 minutes long.  YouTube’s algorithm recommends longer videos to new viewers which people “are likely to click on.”

No, your YouTube star power won’t save you from a class-action lawsuit.

Attendees of the widely criticized ‘TanaCon’ – dubbed the ‘Fyre Festival of YouTube Conventions’ – have mulled filing a class-action lawsuit against the YouTube star.  Fans now claim Tana Mongeau had willfully scammed them.  The YouTube star had created the ill-fated two-day festival after VidCon failed to give her a ‘Featured Creator’ badge.  Then, she abruptly canceled the event after the first few hours due to widespread logistical problems.  Several attendees had fainted due to the intense heat outside TanaCon.

Tonara, an Israeli music software company, has launched Tonara 360.  The mobile app uses artificial intelligence and computer algorithms to help music fans learn how to play an instrument.  It also provides tips on how to manage “the business side” of a music-teacher business, allowing users to work as teachers.  One major drawback, however – Tonara 360 isn’t anywhere close to being free.  You’ll have to pay a hefty monthly subscription fee – $39.  Tonara has also partnered with Disney, Sony, Universal, and Warner, among others, to license music.

Air Canada Center in Toronto has been renamed to Scotiabank Arena.  The bank had paid $800 million ($609 million) for the 20-year naming rights.

Nile Rodgers voted Chair of the Songwriters Hall of Fame.

In a unanimous vote, the Songwriters Hall of Fame (SHOF) Board of Directors has elected Nile Rodgers as Chairman.  He succeeds Kenneth Gamble and Leon Huff, who had served as Co-Chairs.  Other officers elected at the meeting include Senior Vice President David Israelite, Secretary Mary Jo Mennella, and Deputy Secretary April Anderson.

Warner/Chappell Music has signed a worldwide publishing deal with British singer/songwriter Kloe.  She has worked with multiple writers and producers in the US and the UK.  Kloe has also written tracks for Kehlani, Miley Cyrus, Kesha, Maluma, NOTD, Rita Ora, and Ellie Goulding.

Sarah Nully, Director of the upcoming Tramlines Festival in the UK, has passed away.  She was 36.  A post on the festival’s social media page confirmed the passing following a brief illness.  Nully had co-founded the Tramlines Festival.  This year’s event will take place from July 20th to the 22nd.

Singer/songwriter and multi-instrumentalist Richard Swift has passed away.  He was 41.  Swift had performed with The Shins and The Arcs.  He also founded National Freedom, an Oregon-based studio.

Henry Butler, an R&B and jazz pianist, has passed away.  He was 68.  Butler, blind since birth, had learned to play the piano by ear.  He had also learned to memorize classical music written in Braille.