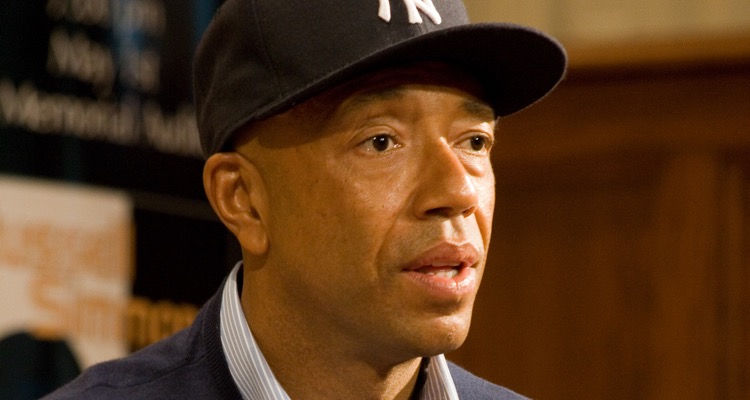 Alexia Norton Jones has accused Russell Simmons of rape.  In a first-person account to Variety, she describes the sexual assault.

“It was such a fast attack.  I must have said no seven to 10 times, and then I acquiesced.  It was very fast.  I would say it happened in less than 10 minutes.”

Russell Simmons has fought back against the claims.  In a statement to the New York Times, the hip-hop mogul said,

“I have respectfully, factually, and comprehensively denied the charges of sexual violence against me.”

Glassnote issues a comment on dispute with Childish Gambino.

Glassnote Records has issued a statement about its legal case against Donald Glover – better known as Childish Gambino.  Defending itself from a recent TMZ article suggesting the label accused the actor/rapper of “screwing” it out of money, Glassnote Records emailed DMN,

“Unfortunately the reporting by TMZ is not accurate.  We are not claiming Donald Glover screwed us out of anything.  Donald Glover made a claim that he was owed 95% of SoundExchange royalties when we are legislatively and contractually required to share those royalties 50/45.  When we tried to assert our position, he became strident”.

The label clarified it has not sued Glover.  Instead, the actor/rapper’s lawyers threatened Glassnote Records with a lawsuit.  Glover has claimed the label owes him 95% of royalties from SoundExchange.

Immigration officials have denied entry to rapper G-Eazy, forcing him to cancel an upcoming performance.  Cowboys Music Festival organizers confirmed the news.  In a statement on social media, organizers wrote,

“Cowboys regrets to inform you that G-Eazy is unable to perform tonight due to reasons beyond our control.  Trust us — we know this really sucks but we are still going to throw a massive legendary hip-hop party for you tonight.”

G-Eazy also issued an apology to fans on Twitter.

“Calgary!  Super disappointed I couldn’t make it across to play your beautiful city yesterday.  Was looking forward to a great night!  Hoping to be back soon.”

Thanks to England’s success in the FIFA World Cup, ‘Three Lions’ by Baddiel, Skinner & The Lightning Seeds has topped Spotify UK charts.  The track has also landed on the Big Top 40 chart, jumping 32 places to surpass ‘Solo’ by Clean Bandit and Demi Lovato, which previously held the top spot.  Speaking on the song’s surge in popularity, Marvin Humes, a Big Top 40 presenter, said,

“What an incredible day!  It’s only right that Three Lions is number one on the chart.  Our boys in Russia are doing us so proud.  The nation has come together and hopefully this is only the beginning of the celebrations.”

“Sshhhh, don’t tell anyone what I’m viewing on YouTube!”

Google has rolled out Incognito mode on YouTube and YouTube Music apps.  Tapping on the avatar on the top-right corner of the app, users can enable the new feature to hide their search, viewing, and listening histories.  With Incognito Mode enabled, users can’t access their subscriptions, playlists, downloaded videos, and message inbox.

As part of Denver’s Music Strategy, the city has released $80,000 in grants to build and maintain Denver’s music scene.  The grants will provide funding for new projects that spur growth in the local music scene and grow new audiences.

iHeartMedia’s creditors have filed a new claim.  They’ve asked a Texas bankruptcy judge to allow them to control and prosecute claims against the company’s senior creditors.  The move could affect Chapter 11 recoveries in general and billions of dollars’ worth of claims.

The Creative Fund – an initiative equally supporting all Kickstarter and Patreon projects – has launched.  The project systematically pledges at least $1 to every new Kickstarter project.  Additional funds pledged to Patreon will get evenly distributed to new monthly Kickstarter projects.  Patreon funds leftover get rolled over to next month’s distributions for independent creators.

High Time Records, a UK-based indie label, has signed a five-year deal with Warner/ADA.  The deal covers global sales and distribution as well as label services – PR, radio, and TV promotion – on a case-by-case basis.

Proper Music Group, an independent distributor, has launched a dedicated press and promotions department.  Jo Donnelly will lead the company.  She will handle all UK media – print (national and regional), online publications, radio and television, and Kolars, a Los Angeles based band.

United Talent Agency has signed actor/rapper Common.  The company will represent him in all areas.