There’s Still One Blockbuster Store Left In the United States 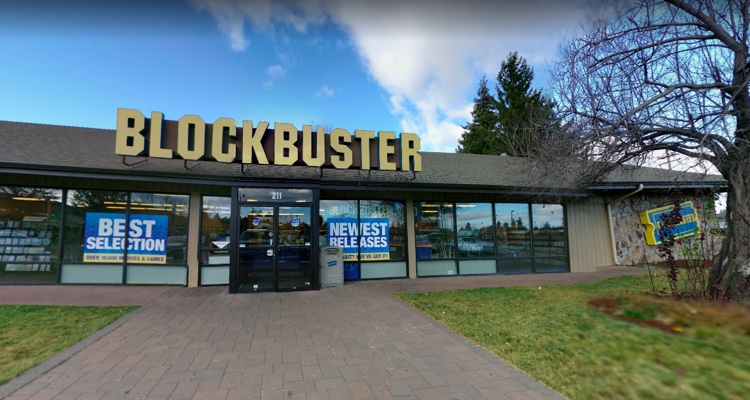 ‘Blockbuster video stores have been officially closing around the country’ sounds like 2003 headline.  But in the intervening 15 years, a few have been hanging tough.

Now as two stores close in Alaska, just one store is left standing.  That store resides in Bend, Oregon, giving customers one chance to step inside the iconic video rental store before it too closes down for good.

According to a Deadline report, the two stores in Alaska stayed open because they remained profitable.   Those Alaska outlets, in Anchorage and Fairbanks, officially close down on Monday (July 16th), and the store leases run out in August.

The management of those stores noted that although the stores were bringing in a profit, it was also “rapidly declining.” That manager also felt renewing the leases wouldn’t make sense financially.

The Blockbuster chain once had 9,000 total stores in the United States at its peak.  They were down to just nine stores as of 2016, and will now have just the one in Bend, Oregon as of July 16th.

Incidentally, it turns out that there are a smattering of Blockbuster franchises in Australia.  But those numbers also appear to be dwindling.

The company once employed over 84,000 people worldwide during its peak.  David Cook originally founded the chain back in 1985 in Dallas, Texas, and it grew to become a popular video and video game rental chain.

But why are a few stores managing to stay in business?

For that, we found some interesting stats via Washington Post.  Alaska is reportedly third worst in the United States in terms of their internet connectivity, with only about 66 percent of the population enjoying access to broadband speeds.  That usually means 256kbps or better, which helps to explain why customers are more apt to rent movies on video, DVD, or Blu-ray rather than streaming at home.

That is perhaps the biggest reason the chain is closing down, as connectivity has rapidly advanced.  Fewer people need to walk into a video store to rent or see a movie.  Now, movies can be instantly downloaded or streamed online, saving gas money, time, and the hassle of returns.

But even if someone wants to rent a Blu-ray or DVD, other options include Netflix by mail or Redbox kiosks where customers can easily rent movies in a physical format.

These emerging businesses, along with online streaming services from the likes of Amazon, Hulu, Netflix, and Vudu, have thoroughly dismantled Blockbuster’s core business.  Accordingly, the company filed for bankruptcy back in 2010.

Dish Network stepped in and bought 1,700 store locations in 2011.  However, the video stores continued closing around the United States.

Incidentally, physical record retailers appeared doomed to a similar fate.  But a resurgence in vinyl, as well as nostalgia for the record store vibe, helped to keep a lot of record shops alive.  No such luck for video rental stores, who never enjoyed nostalgia for VCR tapes of DVDs.

Despite the news of their repeated closings across the country, talk show host John Oliver has tried to keep them afloat.

Oliver sent the Alaska stores different Russell Crowe memorabilia to sell, including a jockstrap .   That was a good promotional gimmick earlier in 2018 — but not enough to save the underlying economics.