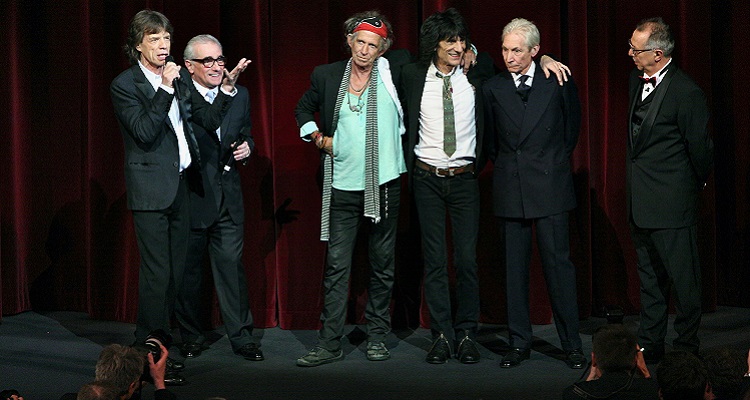 The Rolling Stones earn $238 million from the No Filter tour.

The Rolling Stones earned $238 million from 28 sold-out shows in the group’s recent No Filter tour in Europe, according to a report from Billboard.  Fans purchased 7,802,307 tickets.  The tour wrapped up on July 8th in Warsaw.

Major labels go for the jugular against stream-ripping sites.

Major music labels, including Universal Music Group and Sony Music, have filed a lawsuit against two major stream-ripping sites – FLVTO.biz and 2conv.com.  The sites have appeared on RIAA’s ‘notorious’ piracy website report.  FLVTO.biz attracts over 94 million visitors a month, and is ranked as the 322nd most popular website in the world.

Has Amazon Prime Music overtaken Apple Music in the UK?

Kantar Worldpanel, an international consumer insights company, has revealed Amazon Prime Music has surpassed Apple Music in total active users.  Prime Music had a 3.8% market penetration rate in the four-week period to July 1st.  Apple Music had 2.9%, while Spotify remains in the lead with 11%.  The figures are based on a panel of 15,000 consumers, not official figures from the companies.

Spotify has signed on as the title sponsor of the 2018 La Musa Awards.  The event celebrates the lives and music of Latin songwriters, composers, and lyricists.  The sponsorship includes a dedicated Latin Songwriters Hall of Fame profile page featuring music by inductees and honorees.  This year’s honorees include Gloria Trevi, Chucho Valdes, Carlos Rubira, Infante, Fernando Osorio, and KC Porter.

Dice continues expanding with another partnership.

Scala, a nightclub and live music venue in London, has teamed up with mobile ticketing service Dice.  The move comes after two other venues partnered with Dice – the Islington Assembly Hall and the Soup Kitchen in Manchester.

John Procaccini stops partnership with Frampton to join BASE Hologram.

Music industry veteran John Procaccini, a working partner of Peter Frampton and his band, will serve as Vice President of Touring and Production at BASE Hologram in Los Angeles.  The company recently announced a touring hologram of Roy Orbison and a hologram of Andy Williams at a venue in Branson, Missouri.

Speaking on his experience of working with Frampton, Procaccini wrote,

“My past 3 years with the incomparable Peter Frampton, his band and crew, ‘my road family,’ has been a highlight of my professional touring career.  Peter is one of the most endearing individuals I’ve ever had the pleasure of knowing.  A consummate professional and incredible human being.”

Aren’t you a little old to sneak out to a heavy metal concert?

Two elderly men reportedly snuck out from their nursing home in Germany to attend Wacken Open Air, a popular heavy metal festival.  Police found the men “disoriented and dazed” after the festival shut down at 3:00 a.m., and took them back to their nursing home.

But, please, think of the poor Viagogo employees that defraud millions per day…

Irish senator Marya Byrne has opposed a strict law against ticket scalpers in the country.   She said the anti-tout law would harm ticket reseller Viagogo.  The company has plans to expand its total number of employees from 150 to 250 in Ireland.  Across the UK and Europe, lawmakers have criticized Viagogo for fraudulent and deceptive business practices.

Aerosmith has ended its 20-year management relationship with Trudy Green and Howard Kaufman and has signed with Larry Rudolph’s ReignDeer Entertainment.  Rudolph has managed Steven Tyler’s solo career for 4 years.

Ellen Loo, a Hong Kong and Taiwanese music star, has passed away.  She fell from a high building.  Loo was 32 and had suffered from bipolar disorder.

Veteran music manager David Stein has passed away.  He was 69.  Stein started his career working with promoter Sid Bernstein and later with the Bay City Rollers.  He later launched Record Gems, a vinyl and CD selling and buying company.