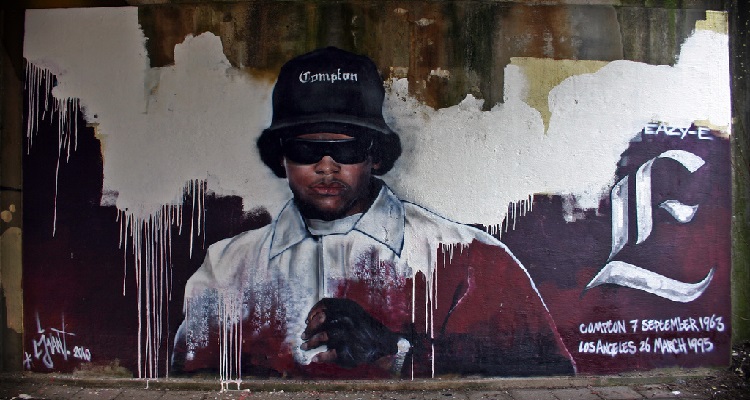 Eazy-E’s widow reaches an agreement with the rapper’s son.

Madonna thinks all modern music sounds the same. Except hers, of course.

In an interview with Vogue Italia, former pop icon Madonna has criticized the music industry for creating ‘formulaic’ artists.  Contrasting the modern music business with her recent move to Lisbon, where she experiences ‘intimate’ music performances, Madonna said,

“Everything’s so formulaic, and every song has 20 guest artists on it, and everyone sounds the same.”

Chris Ingham, a popular YouTube celebrity, has threatened his fans for exposing his sexual, unsolicited, and menacing text messages.  The ‘Ingham Family’ star had sent multiple sexual text messages to female teen fans, asking them to send him photos and go skinny dipping with him.  Ingham then threatened legal action against the teens who spoke out and posted the messages.  On YouTube, he often features his family, including his wife Sarah, and his children aged 12, 9, and 6.  Ingham hasn’t responded to the allegations.

15 people injured after a lightning strike at a French music festival.

Lightning struck down on multiple areas of the Vieux Canal music festival, injuring 15 festivalgoers.  Among the injured, several children in a tent, and a woman in her 60s along with a 44-year-old man, both of whom remain in serious condition, per the BBC.

The Drake and Migos North American tour has been delayed — again — due to production issues.  It would’ve kicked off on August 10th but will now take place on August 12th.

The Drake and Migos tour would’ve started on July 26th.

Founders Entertainment, organizers for the Meadows Music Arts and Festival in New York City, has put the event on hiatus.  The company couldn’t obtain a multi-day permit for the third annual event.  Last year’s event took place on September 15th–17th.

Eventbrite, a US event management and ticketing site, has acquired Picatic, a ticketing and event registration platform in Vancouver.  The ticketing site had already made several other ticketing platform acquisitions – Ticketscript, Ticketfly, and Ticketea.  Terms of the acquisition were not disclosed.

Peermusic, an independent publishing company, has signed songwriter Linda Perry to a global publishing deal.  The company has also announced a joint venture with We Are Hear Music, Perry’s record label, publishing, and management company.

Universal Music Publishing Group (UMPG) has signed a global publishing deal with songwriter Danny Shah.  He has worked alongside David Guetta, Hrvy, Loren Gray, Zak Abel, Sigma, and others.  Shah has also penned songs for The Vamps and Kylie Minogue.

Belgium EDM producer Netsky has signed a partnership with Republic Records and Casablanca Records.  The first work released under this agreement is ‘Téquila Limonada.’

South African hip-hop artist Linda Mkhize – better known as ProKid – has passed away from a seizure while visiting friends in Johannesburg.  Paramedics attempted to revive the rapper but ultimately couldn’t.  Mkhize was 37.