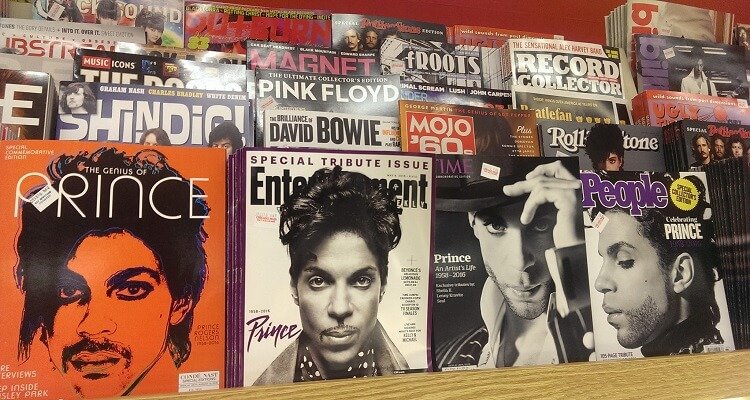 The Prince/SME deal follows a disastrous agreement between the Prince Estate and Universal Music Group last year.  Both parties couldn’t agree which albums and singles the deal covered.  According to sources speaking to Variety, “the main points of contention in the Universal deal were the expiration dates of Warner’s rights to certain recordings.”

Eventually, a court voided the $31 million deal Bremer Trust had set up between both parties.

Today, SME/Legacy has released 23 Prince albums on all major streaming music services.  A statement from SME/Legacy notes that “more than 300 essential Prince songs [have been added] to the artist’s online-in print catalog.”

The albums released today cover his works from 1995 to 2010.  These include The Gold Experience, 3121, Emancipation, and Chaos and Disorder.

The statement from Sony/Legacy adds,

“For Prince, 1995-2010 was an unprecedented period of sustained and prolific creativity.  Releasing fresh recordings at a rapid-fire pace through a variety of distribution strategies, including his own online NPG Music Club, Prince was making some of the most provocative, experimental and soulful music of his career.”

In 2021, SME/Legacy will distribute Prince’s recordings from 1978-1996.  Albums will include Prince, Dirty Mind, Controversy, 1999, Around the World in a Day, Sign O’ The Times, Lovesexy, Diamonds and Pearls, and Love Symbol.  The distribution rights of late singer’s soundtrack albums – Purple Rain, Parade, and Batman – will stay with Warner Music.

You can check out the new Prince albums digitally released by SME/Legacy below.

The Gold Experience (1995) (“The Most Beautiful Girl in the World” grayed out, partial album streaming only; album unavailable for download)

The Chocolate Invasion (Trax from the NPG Music Club: Volume 1) (2004)