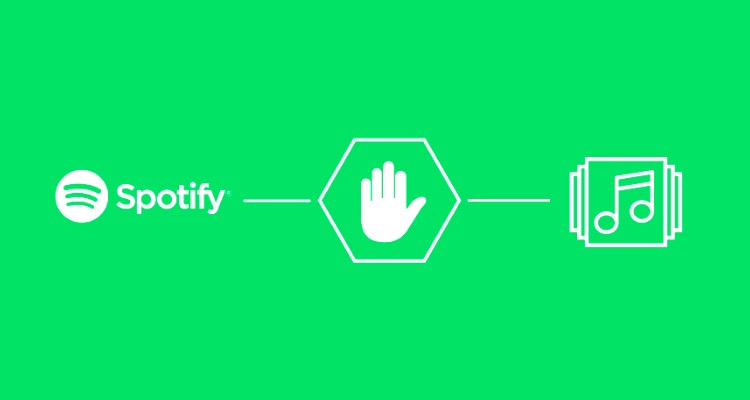 Spotify has a giant ad-supported tier, so it wasn’t entirely surprising to learn that two million people were actively blocking ads on the platform.

That said, it wasn’t exactly good news to anyone whose content rests on the platform.  After all, an ad-free experience generates $0 for Spotify and various rights owners, and that’s on top of the already-steep costs of maintaining the streaming platform.  And instead of ‘funneling’ into paid, ad-blocking users have little incentive to upgrade.

But since disclosing the presence of two million ad-blocking users, Spotify has taken some serious steps to clean up this mess.

Interestingly, Spotify still counted all of these ad-blocking users in its most recently quarterly tally of active users, while noting that it’s also carefully considering the cost to maintain them.  In its second quarterly report, the company carefully noted that “our financials captured all the costs of streaming content to these [ad-blocking] users,” which is actually part of a broader plan for dealing with them.

Now, we’re learning that Spotify has adopted a softer strategy to sideline ad-blocking users, while still keeping them engaged in the platform.

Just this morning, widely-read industry publication Digiday published some details about the approach.  Essentially, Spotify reports that it is now suspending listening for users found using ad-blockers, while gently coaxing them to do the right thing.

For example, here’s a message recently received by an ad-blocking Android user:

“We detected abnormal activity on the app you are using so we have disabled it. To access your Spotify account, simply uninstall any unauthorized or modified version of Spotify and download and install the Spotify app from the official Google Play Store.”

That first warning is designed to gently lay down the law.  Access is suspended, with total reinstatement (and no penalties) if the situation is fixed.

Ad-blockers come in all shapes and sizes, so the ‘unauthorized or modified version of Spotify’ refers to anything that cracks or hacks the Spotify platform.

Here’s what happened to one user (on Reddit) who actually started his Spotify experience on a cracked version and upgraded into Premium.

“I’ve been paying for and using Spotify premium for a while now,” the user reported.  “I used to use the pirated apk but stopped when I started paying for it.  It just so happens that yesterday I could not get it to connect on my phone, it wasn’t until I deleted the apks from my Dropbox that it started working again. I have no use for the pirated version but never got rid of them.”

For those that refuse to play ball, Spotify is apparently banning certain users.  That was validated by a few user reports, though we’re not entirely clear what these users were doing (and there’s probably a list of serious no-no’s that will quickly get you banned).

None of this is a haphazard response by Spotify.  Rather, it appears to be part of a highly concerted effort by Spotify to address the ad-hacking issue.  “We take the artificial manipulation of streaming activity on our service extremely seriously,” the company told Digiday.

“Spotify has multiple detection measures in place monitoring consumption on the service to detect, investigate and deal with such activity. We are continuing to invest heavily in refining those processes and improving methods of detection and removal, and reducing the impact of this unacceptable activity on legitimate creators, rights holders, advertisers and our users.”

All of which dramatically pales in comparison to the ad-blocking mess on YouTube.

Since last year, we’ve been getting actual advertisements on YouTube promoting ad-blocking (think about that).  But now, those ads are migrating from banner ads into pre-roll video ads, with little discernible policing from YouTube.

Of course, Apple would argue that none of this is a problem if you don’t have a free, ad-supported tier to begin with.  Outside of a limited free trial window, Apple Music is all paid, by design, and proud of it.  And with nearly 50 million paying customers, they certainly have proven that premium-only is a model that can work.

But Spotify has its own business philosophies, and the company isn’t running an ad-blocking rehab center.  The hope is that these ad-blocking users come back into the fold, and eventually migrate towards paid.  Amazingly, that happened with the user above who moved from cracked Spotify to Premium.  But all of this free-to-paid transitioning costs Spotify a lot of cash, and doubly so if ad-blocking is involved.

“The ad-supported service is also a subsidy program that offsets the cost of new user acquisition,” Spotify CFO Barry McCarthy relayed back in March.  According to McCarthy, it takes about 12 months to recoup the losses incurred by an ad-supported customer — starting at the point when the customer transitions to paid.

Meanwhile, Spotify is tinkering with an entirely different way of running ads — one that could outsmart the ad-blockers.

In Australia, the company is now testing a concept that allows users to skip any ad.  The hypothesis driving this test is that users will theoretically listen to the ads they want to hear, and feel most affinity towards.  The resulting match would be far more valuable to advertisers, driving a better match and higher dollar-for-dollar value.

That is, if the hypothesis pans out.