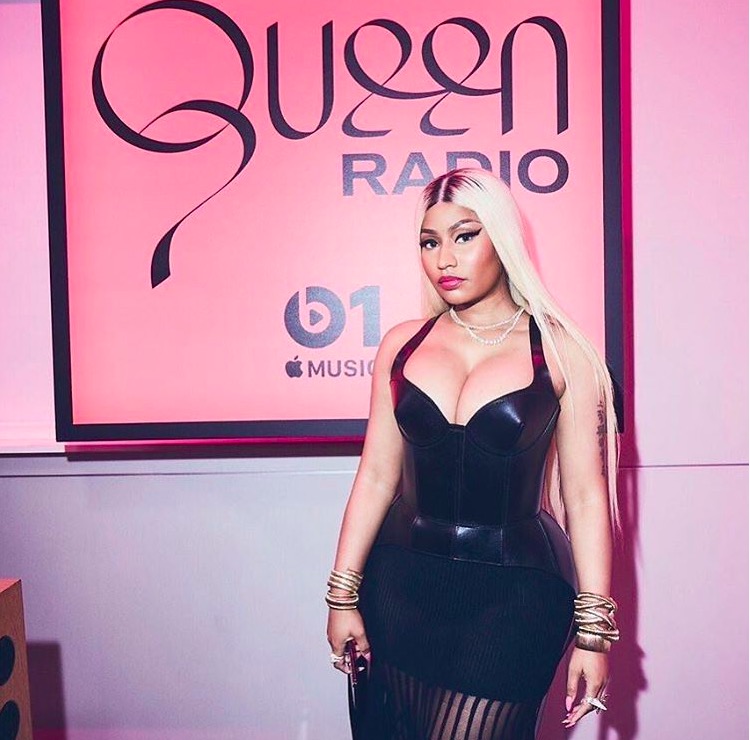 Nicki Minaj says a retaliation campaign by Spotify harmed the success of her latest album, Queen.  The retribution included a refusal to honor an agreed-upon promotional campaign on Spotify’s platform, according to the artist.

Updated, Monday (August 20th): Spotify has now responded to the accusations.  See below.

This sounds like a pretty ugly accusation, though Nicki Minaj now says that Spotify refused to promote her latest album because of the artist’s involvement with Apple Music.  According to the rapper, a pre-release promotional push involving a dedicated radio show on Apple Music’s Beats 1 prompted the payback.

The retaliation apparently included a flat-out refusal by Spotify to honor an agreed-upon album promotion on the streaming platform.

In a series of tweets, Minaj noted that Spotify wanted to ‘teach her a lesson’ for working with Apple Music to construct a dedicated radio show called ‘Queen Radio’.  On August 8th, the Beats 1 show was used to promote the album and generate a major pre-release event.

Spotify doesn’t have a Beats 1 radio equivalent, though the pre-release arrangement apparently drew the serious rebuke.

“Spotify put Drake’s face on every playlist but told me they’d have to teach me a lesson for playing my music 10 minutes early on #QueenRadio,” Minaj wrote. “Even though they’ve been giving away my music for free for years and I am one of the top Spotify artists of all time.”

“Spotify had to teach me a lesson but rewarded the man who has had an Apple radio show the longest; inadvertently helping the Apple platform the most.  Oh I can’t wait for #QueenRadio on Tuesday.  They took away my promotion they had promised for the 1st cpl days b/c of this.”

The tweets strongly suggest that Spotify directly relayed its decision to pull its promotional efforts to the artist or her representatives.

Updated: Spotify has now issued the following statement regarding these accusations.

“Spotify supported Nicki Minaj with a Times Square billboard, a host of the largest playlists, New Music Friday and the new music release shelf,” the company stated.  “Her song ‘Bed’ actually saw an increase based on the promotions put behind the campaign. The company continues to be big fans of Nicki.”

Queen ultimately debuted at number two on the Billboard 200, with 185,000 ‘album equivalent’ units.  The top-ranked album was Travis Scott’s Astroworld, which scored 205,000 units in its second week, according to Billboard’s tally.  Minaj partly blamed that disparity on Spotify’s alleged retaliation.

This isn’t the first time that Spotify has been accused of retaliating against artists for partnering with Apple.

Back in 2016, Spotify was hit with multiple accusations of heavily retaliating against artists who brokered Apple Music exclusives or partnerships.  The situation came to a boil after Spotify was accused to burying two Frank Ocean albums, with the New York Times among several news outlets reporting the allegations.

“Executives at two major record labels said that in recent weeks Spotify, which has resisted exclusives, had told them that it had instituted a policy that music that had benefited from such deals on other services would not receive the same level of promotion once it arrived on Spotify,” the New York Times’ Ben Sisario wrote.

“Such music may not be as prominently featured or included in as many playlists, said these executives…”

Bloomberg also piled on with its own sources, and more specific claims of retaliation.  “Artists who have given Apple exclusive access to new music have been told they won’t be able to get their tracks on featured playlists once the songs become available on Spotify,” Bloomberg claimed.  “Those artists have also found their songs buried in the search rankings of Spotify.”

Most interestingly, the Bloomberg report specifically mentioned retaliation against artists appearing on Beats 1.

“The company has threatened to use its retaliatory practices on lesser-known artists who introduce music on a Beats One show hosted by DJ Zane Lowe, an architect of Apple’s radio service,” the Bloomberg report continued.

At the time, Spotify declared the accusations to be ‘unequivocally false’.

“Travis sold over 50K of these,” Minaj continued.  “With no requirement of redeeming the album! With no dates for a tour, etc. I spoke to him. He knows he doesn’t have the #1 album this week.”