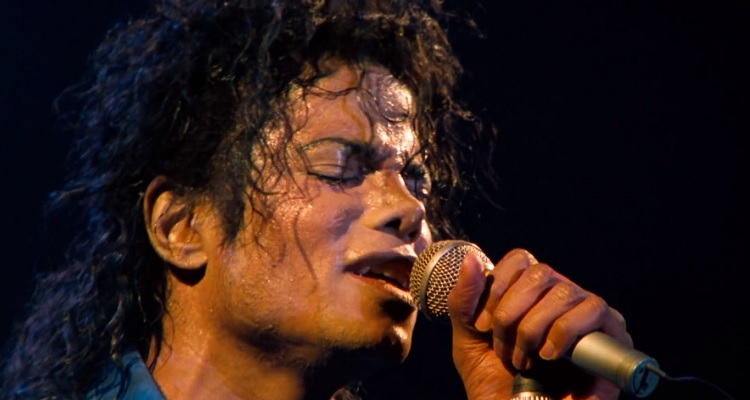 Appeals Court rules in favor of Sony Music and the Jackson Estate in ‘fake vocals’ suit.

According to NPR, court documents read,

“Because [Sony Music, MJJ Productions, and the Jackson estate] lacked actual knowledge of the identity of the lead singer on [“Breaking News,” “Monster” and “Keep Your Head Up”], they could only draw a conclusion about that issue from their own research and the available evidence.  Under these circumstances, [their] representations about the identity of the singer amounted to a statement of opinion rather than fact.”

“On the 55th anniversary of #IHaveADream, a clip on @TMZ depicts my parents (Cardi B playing my mom) & great women of the CRM in a repulsive, false light.  They paid an extraordinary price so people of color can have a platform & this is how you use it.  @iamcardib: Let’s talk.”

Find out how much time you binge watch on YouTube.

YouTube had rolled out a new feature allowing users to track how much time they spend on the platform.  Its TV and Music services don’t count in the “time watched” profile.

The company said in its blog,

“Our goal is to provide a better understanding of time spent on YouTube, so you can make informed decisions about how you want YouTube to best fit into your life.”

Generation Z learners prefer learning from apps and interactive books (47%) and through in-group activities (57%).  47% of Generation Z respondents spend over 3 hours a day watching YouTube.  55% claim the video platform has contributed to their education.  78% still preferred teachers over the video platform, as they had the most impact on their learning and personal development.  69% preferred their parents.  71% attempt to figure out problems on their own using the internet, and 29% prefer asking a teacher for help.

MTV has announced the show will return to Australia in 2019.  Simon Bates, Vice President and Head of MTV Asia Pacific said,

“After the successful launch of MTV Unplugged in Melbourne last month, it’s obvious there is an appetite for more live music franchises to showcase Australian artists and connect them with their fans.”

Partnering with statisticians from UCLA, the Korea Content Platform (KCP) has revealed women and girls under the age of 20 most consume Korean entertainment content – music, TV, and comics.  Monitoring 45,614 viewers for a period of two months across all Kocowa streaming video platforms, KCP found 34% of viewers were non-Korean teenage girls.

“K-Pop has been in the United States for years now and some K-pop stars are already very popular in the US.  Now those same performers have moved on to star in dramas after getting popular in the music industry.  Kocowa audiences recognize these stars now that they are acting and seek them out.”

Lauryn Hill pushes back against claims she stole music on her debut album.

Earlier this month, jazz musician Robert Glasper accused Lauryn Hill of failing to credit him and other “great musicians and producers” on her first album.  Now, in a lengthy post on Medium, Lauryn Hill has responded to his claims.

“You may be able to make suggestions, but you can’t write FOR me.  I am the architect of my creative expression.  No decisions are made without me. I hire master builders and masterful artisans and technicians who play beautifully, lend their technical expertise, and who translate the language that I provide into beautifully realized music.

“[My debut album] was the first time I worked with musicians outside of the Fugees whose report and working relationship was clear.  In an effort to create the same level of comfort, I may not have established the necessary boundaries and may have been more inviting than I should have been.”

Digital Downloads Deathwatch – It takes just a thousand downloads to reach No. 2 on Billboard.

eOne partners with The Stereotypes on a joint venture.

Under their new joint venture music publishing agreement with Entertainment One (eOne), Stereotype members and songwriters Jonathan Yip, Jeremy Reeves, and Ray Charles McCullough will work with eOne to sign and develop new talent.  In addition, eOne has signed McCollough to a worldwide publishing agreement.  The Stereotypes’ imprint, Beach Wave Publishing, will work with eOne to maximize opportunities.

Caroline will distribute JustGold’s releases around the world.  The artist services division of Universal Music Group (UMG) has signed British singer Millie Go Lightly and will distribute her first single.  Justin Goldman is currently a Junior in the Bandier Program.

The 23-year-old British rapper/instrumentalist has worked with several notable producers, including St. Francis Hotel.  He has also received radio support in the UK from BBC Radio 1.  This fall, Cartlidge will support Bad Sounds and Darwin Deez on their UK tours.

Constance Williams will serve as Senior Vice President and Head of Human Resources in the Americas at Sony Music.  Based in New York, she’ll lead Sony Music’s talent acquisition, management, and organizational development functions.  Williams previously served at her practice as Principal of Management Consulting at HR Ace Consulting.