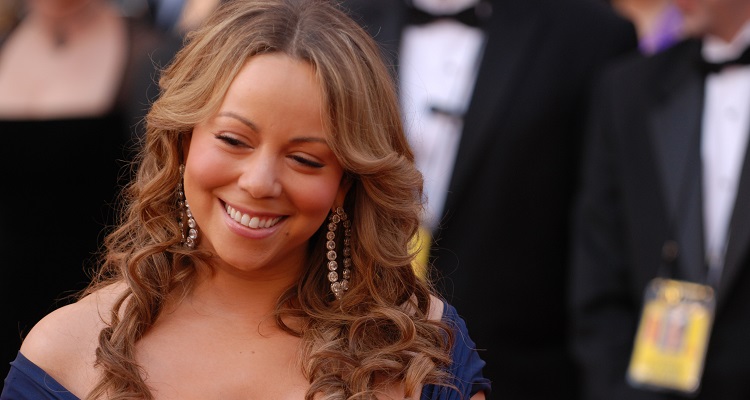 Mariah Carey’s arduous lawsuit against a Latin American promoter has now been resolved in the singer’s favor.  According to court documents shared with Digital Music News this morning, Carey successfully defeated the lawsuit from promoter FEG Entretenimientos SA alleging breach of contract and defamation.

The breach of contract allegation followed three cancelled shows in 2016, specifically in Chile, Argentina, and Brazil.  Leading up to those no-shows, Carey was apparently unable to receive advance payment from FEG, a literal show-stopper.

Carey apologized to her fans — who are known as ‘lambs’ — but then blamed the fallout squarely on FEG in a tweet while linking to a contested E! News report. 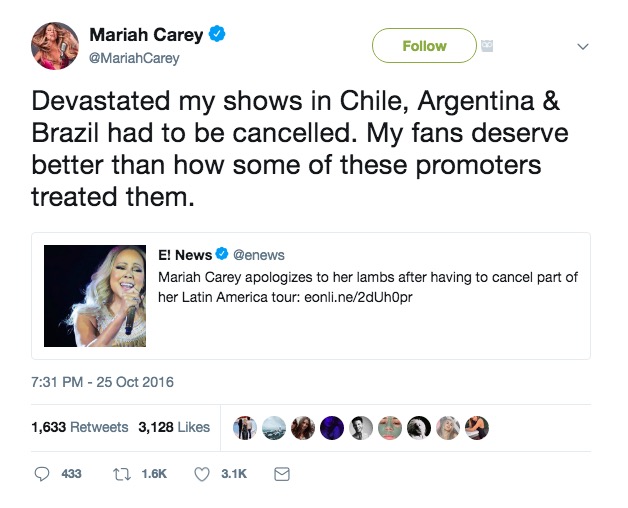 None of that was damaging, a Manhattan federal court judge has now ruled.

For starters, the tweet was merely a description of the issue at hand, despite FEG’s charges of mischaracterization.  But the show cancellations themselves were a reaction to an alleged breach, specifically a non-payment prior to the show’s start.

Also party to the suit was Mariah’s company, Mirage Entertainment.

Of course, Latin American fans are the real losers here.  But all of those fans were properly refunded, making this a time-wasting disappointment rather than a financial hit.

FEG, represented by McKool Smith attorney Robert Allen, pointed to the cancellations as a breach of contract that resulted in serious losses.

FEG, also known as Fenix, claimed that the payment claim was a non-issue.  The promoter claimed to have issue-free relationships with other UTA-represented artists, and never failed to pay any performers.  Additionally, Fenix argued that nothing in the UTA contracts required a prompt, 100% pre-show payment.

Digging a little deeper, it actually turns out that Mariah’s legal team struck first.  Shortly after the cancellations, the singer sued FEG for failing to pay as agreed.  That prompted the $3 million countersuit, with the legal battle traversing multiple jurisdictions.

In total, FEG demanded $1 million in damages for breach of contract, and $2 million for defamation.  Both were dismissed, with U.S. District Court judge William H. Pauley noting that a mere link to an E! News article didn’t constitute defamation.

“To the extent that Counterclaimants allege that the E! News article is in itself a defamatory statement attributable to Carey (an argument referred to in their briefing), such an allegation is insufficiently pled. A fair reading of the Counterclaims make clear that this counterclaim is based solely on the Tweet, not whatever statements Carey provided to E! News.”