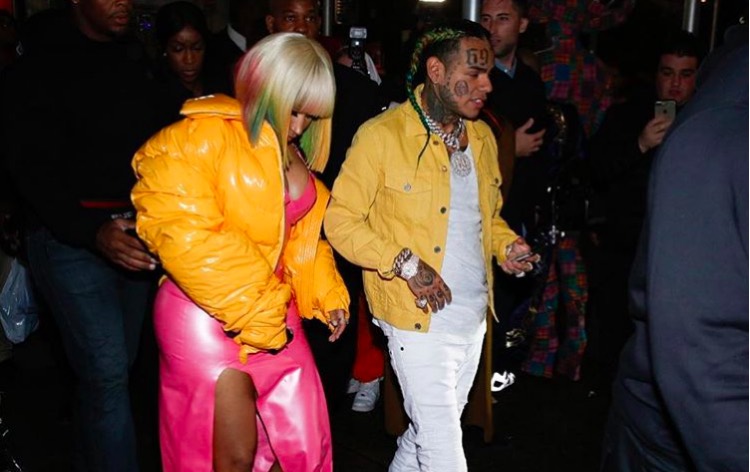 Yesterday, the University of Central Florida cancelled a performance by rapper 6ix9ine, based on multiple counts of sexual abuse involving a 13-year old.   Today, the popular rapper inked a multi-million dollar publishing deal.

The 6ix9ine publishing deal, inked by Create Music Group, likely involved advances in the millions.  Create was founded in 2015 as a service provider for labels and artists, specializing in forensic digital royalty collection, and is now rapidly expanding.

In 2016, CMG acquired Label Engine, a music distribution company that monetizes 6 billion streams every month. The company is well known for helping artists and labels collect dormant royalties online and has worked with independent and major record labels.

Along with the newly announced music publishing division, the company announced the partnership with Tekashi 6ix9ine described as a “multi-million dollar” global agreement.

“We have been extremely successful over the last three years helping some of the world’s most innovative and exciting artists monetize their content and grow their brands, something that our artists say we do better than anyone else.”

“By launching our music publishing division, we will be extending our services to some of our most important clients to work with them in growing areas of their business. 6ix9ine has changed the music landscape – he is breaking boundaries like no one else and is without a doubt the most exciting new artist of the year.”

One question is whether 6ix9ine — whose real name is Daniel Hernandez — can stay out of trouble.

The rapper has already pled guilty to one felony count stemming from his filming of a 13 year-old in a ‘sexual performance’.  That could lead to a permanent sex offender registry, with up to three years of jail time.

Then there’s the issue of staying alive.  6ix9ine also has extremely high-profile gang beefs, and was recently kidnapped and robbed.  Of course, those beefs have only fueled Hernandez’ popularity, though these situations rarely end in a verse of ‘kumbaya’.

Separately, Spotify has kept the rapper on numerous high-profile playlists, despite the charges.  Earlier, the streaming giant removed XXXTentacion from various playlists based on violent domestic abuse charges, before reinstating the now-deceased rapper.