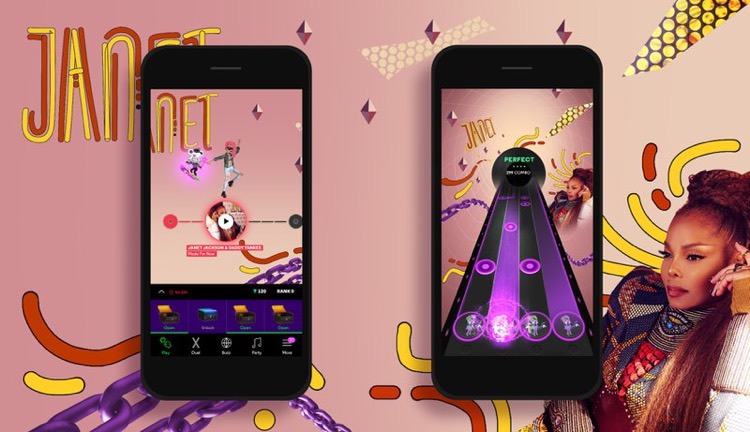 The music experience is constantly evolving with the latest technology.  While we wait for artist holograms to magically appear in our living room, there’s a music app trying to bring music to life on your phone — Beat Fever.

The following comes from Beat Fever, a proud partner of DMN.

Partnering with artists like Janet Jackson, deadmau5, and Steve Aoki, Beat Fever has been busy launching interactive albums over the past month.  Most of these interactive albums were launched in conjunction with the album release date on Spotify, Apple Music and other platforms.

It’s a mix of artist and album immersion, fused with storytelling, topped off with tapping to the beat of a 30-90 second song preview.

Pop-up ads drive players to follow the artist, shop for merch, or buy tickets to their concert. At the end of each play, another ad drives players to listen to the full song on Spotify or Apple Music. In between plays, facts and stories on the artist and album pop up like an Instagram story. 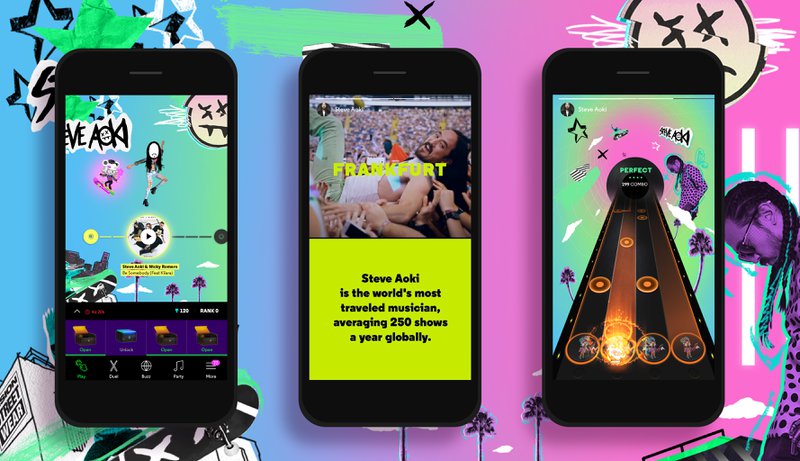 The Steve Aoki interactive album offers facts on Steve, plus an Aoki “face” for your avatar

When you complete the interactive album, you can call out the artist on Instagram or Twitter. It’s an interesting way to make music social and connect with the artist. If you’re lucky, you might even get a retweet like this lucky fan on deadmau5’s page. 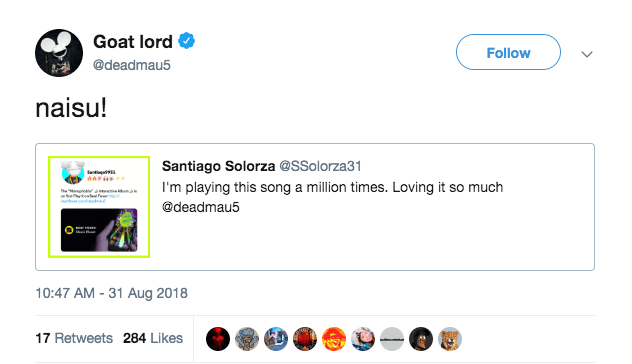 With over 9.1 million music fans already playing Beat Fever, this could be a disruptive way to bring music to Gen Z and the 2.1 billion smartphones around the world.