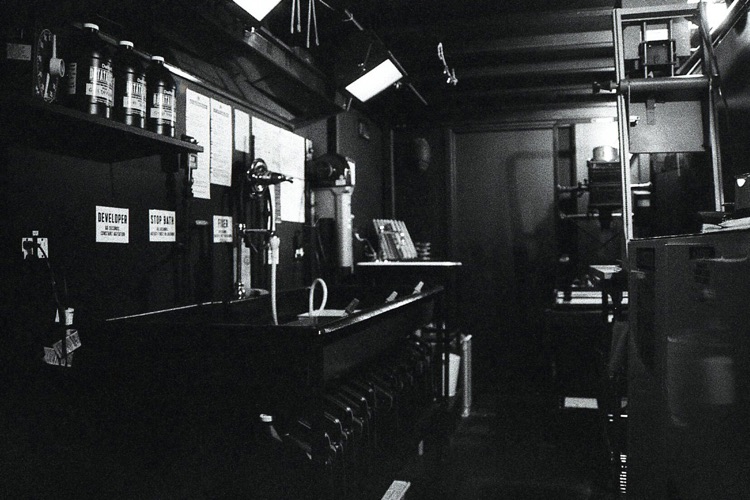 The dark digs at Third Man Photo Studio in Nashville.

Third Man Records in Nashville soft-launched the venture this summer.  Like its Detroit vinyl records plant, Third Man Photo Studio is now open to the public.

The photo lab combines both modern and traditional practices for photo development.  The lab’s photo chemists can convert any digital image into a physical negative to use in the process.  Digital negatives produced this way make it possible to create infinite fine art replicas of digital photos.  The prints created are one-of-a-kind archival quality.

The lab is tucked away in the walls of the famed Blue Room music venue.

Third Man Records was launched in 2001 by Jack White in Detroit, Michigan.

The current Nashville location opened in 2009 and features a record store, novelties lounge and recording booth, label offices, and now a photo studio.  It’s also the home of the world’s only live venue with direct-to-acetate recording capabilities.

(If you’re ever in Detroit, a visit if highly recommended).

Third Man has played an instrumental role in resuscitating vinyl records.  Vinyl is one of the few categories of physical music distribution that is growing year-over-year, and perhaps analog photography will make a similar comeback.

The backing of Jack White and Third Man greatly increases the chances of that happening.