And Another One: Shazam Is Now Directly Integrated Into Instagram Stories 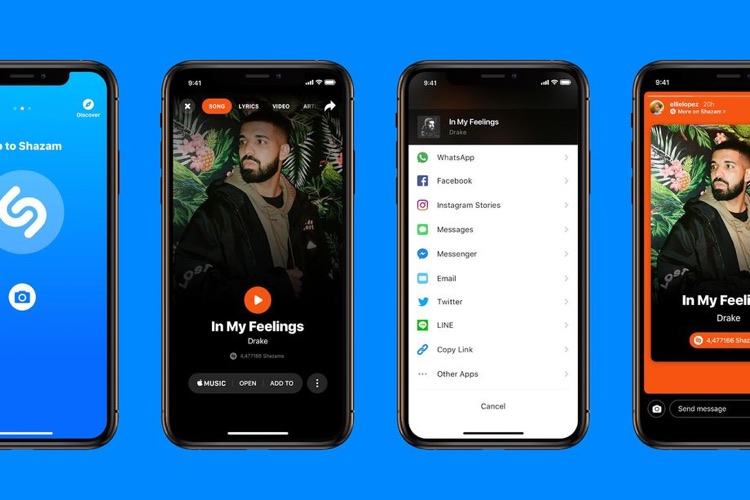 Shazam is the latest music feature to be integrated directly into Instagram Stories, thanks to a new partnership with the Facebook-owned app.

In terms of functionality, this is pretty straightforward.  To start sharing newly identified songs, simply Shazam the song and then tap the share button. Instagram will appear as a sharing option. The song’s cover art and title will appear on your Instagram Story along with a link back to the song on Shazam.

The feature is available today for iOS users who have both Shazam and Instagram installed on their devices.  Shazam says the feature will be available to Android users soon, but no rollout date was shared.

The fact that iOS users are getting preference comes as no small surprise given that Apple recently purchased Shazam.

The $400 million dollar deal was announced December 2017, with Apple saying the app would be ad-free going forward for both iOS and Android users.  The acquisition was held up by regulators in the EU over potential antitrust concerns, though Apple finally received approval in September.

Shazam has achieved more than 1 billion downloads and is used more than 20 million times a day.  In 2014, the CEO confirmed that the app had more than 100 million monthly active users.  As of 2017, the app has identified more than 30 billion songs.

Shazam’s music identifying technology works by creating a small fingerprint of the audio from just a few seconds of sound. Then the app searches a database of known fingerprints and returns that information to the user.  These days, Shazam can identify audio from sources like radio, television, cinema, or a club as long as the background noise isn’t too loud.

The app was one of the first apps available on the App Store and today’s integration with Instagram cements its position as a must-have app for music lovers.