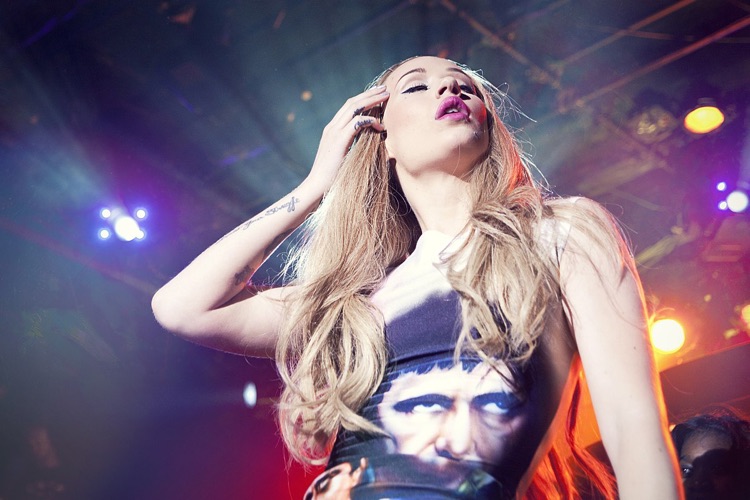 Iggy Azalea is celebrating the completion of her contract with Island Records, a division of Universal Music Group.

Many artists would die for a major label contract.  Iggy Azalea was apparently dying to get out of hers for a long time.

Now, that moment has arrived.  The rapper tweeted on Saturday to let fans know she’s officially out of her deal.  Iggy says she’s now free to release whatever kind of music she’d like, whenever she’d like.

The move comes amidst significant changes at Island, most notably the departure of president/CEO David Massey to Sony Music.  Whether the two departures are linked is difficult to say.

Despite her newly found creative freedom, Azalea says she doesn’t have any plans to release new music this year.

“I am nowhere near ready direction wise etc. with the stuff I’ve been working on, and I don’t wanna jump the gun and have some messy era aesthetically. I’m aiming to be ready to share new music early next year!”

Amid accusations of cultural appropriation and feuds with the press, Azaela canceled The Great Escape arena tour in 2015 . She explained the tour’s cancelation to her fans as a “creative change of heart” and that she needed some downtime.

Her second album, titled Digital Distortion, has yet to be released.

The Australian rapper has struggled with mental health issues after her sudden rise to fame in 2013.

At one point, her former management team staged an intervention.

Azalea subsequently went away on a two-week mental health retreat in Arizona designed to help her address some of her issues. She reported that the experience has helped her identify and control her knee-jerk reactions, so her days of Twitter wars are over.

Azalea says Quavo, Kesha, and Demi Lovato are the only celebrities who have been there for her during the transformation.

Part of her deal with Island Records was to allow her to make “more sophisticated music.” Her Survive the Summer EP didn’t break any sales records, and the fall tour that was scheduled was soon cancelled.