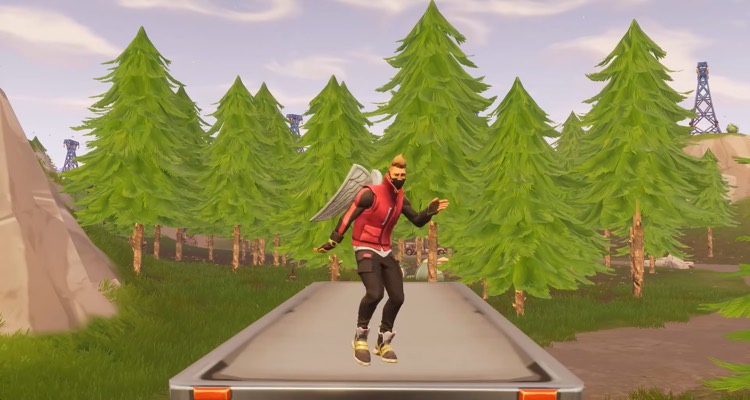 Rapper 2 Milly has a serious problem with the world’s most popular game.

The Brooklyn rapper has filed a lawsuit against Epic Games for using his signature “Milly Rock” dance as DLC for Fortnite.  The Milly Rock dance was first featured in a 2014 video from the rapper.

“This isn’t the first time that Epic Games has brazenly misappropriated the likeness of African-American talent,” David L. Hecht, partner at Pierce Bainbridge, stated.  “Our client Lenwood ‘Skip’ Hamilton is pursuing similar claims against Epic for use of his likeness in the popular ‘Cole Train’ character in the Gears of Wars video game franchise.”

“Epic cannot be allowed to continue to take what does not belong to it.”

2 Milly says Epic Games never compensated him for their re-creation of his dance as paid extra content for gamers.

Since Fortnite released in 2017, it has generated over $1 billion in revenue for Epic Games despite being free to play.

Seasonal content called Battle Passes consistently generate revenue for the company by offering up rewards to unlock. These rewards include extra skins, dances, and outfits for characters.

The dance included in Fortnite’s Season 5 Battle Pass that resembles 2 Milly’s dance is called Swipe It. Check out the resemblance of the dance in the video below.

2 Milly isn’t the only person upset that Fortnite is copying famous dances.

Get in line behind 2 Milly, Donald.

Fortnite isn’t the only game that has copied famous dances, though. Blizzard’s popular World of Warcraft gives each race in the game a unique dance.

If 2 Milly successfully sues Epic Games for the inclusion of the dance, this might open up action against other games that include famous dances.  Soulja Boy should keep a close eye on this case.  Check out the goblin dance below.