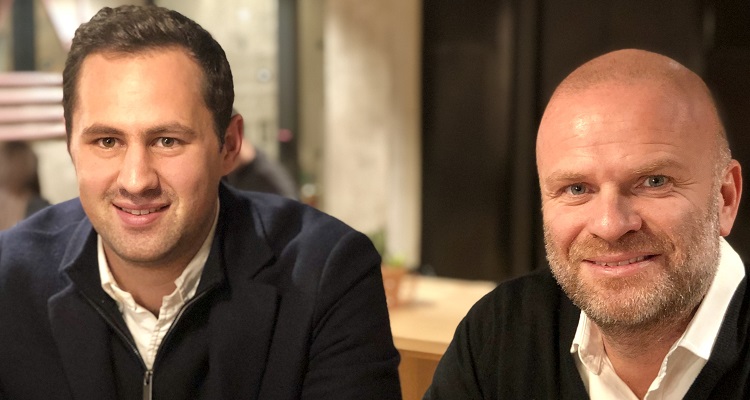 Simon Liddell will now serve as Director of Music and Entertainment at Centtrip Music, the music industry specialist division of Centtrip, a treasury and international payments operations company.  He previously served as Director of Music and Entertainment.  In the new role, he’ll expand the music division’s services and products across the entertainment sector while building on existing relationships and creating new partnerships.

Freddy Greenish will take over for Liddell as Head of Centtrip Music.  He played a central role in the division’s launch in 2016.

PRS Board confirms a new addition.

British singer/songwriter Michelle Escoffery has joined the PRS Board as Writer Director.  She has written songs for Tina Turner, All Saints, Beverley Knight, and Artful Dodger, worked on vocal arrangement and production for Rod Stewart, and performed with artists Stevie Wonder, George Michael, and others.

Michelle Escoffery joins the PRS Board alongside:

Alison Junker will now serve as A&R Manager at Warner/Chappell Music (WCM).  She most recently served as A&R Coordinator.

Jim Murphy will leave Brahmin Broadcasting on December 19th for a soon-to-be-announced national programming position, per All Access.  He had served as Group Program Director at the company for the past five years.  Murphy has previously served at Jones Radio Network and Dial Global Network, among others.

Jacqueline Zich will now serve as Chief Operating Officer at DEAG Classics AEG per Pollstar.  In addition, she has received a promotion at DEAG Concerts GmbH, now serving on the Executive Board.  Zich first joined DEAG in 2005 as a Project Manager.

Brian Smith will serve as Event Director at Banc of California Stadium Entertainment (BCSE).  He joins from SMG Worldwide, where he served for 6 years.  In the new role, Smith will focus on booking clients in the college space and major US territories.  He’ll organize, confirm, coordinate, and provide support to internal and external clients.  Smith will also remain responsible for the execution of events at the Los Angeles Memorial Coliseum and the Stadium Grounds in Exposition Park.  Based in Downtown Los Angeles, he’ll report to Otto Benedict, Senior Vice President of Facility Operations and General Manager.

As part of an ambitious plan for growth for 2019, the British Academy of Songwriters, Composers, and Authors (BASCA) has announced three senior hires.

Moira Stuart has taken over for Chris Evans, who will jump to Virgin Radio next year.  She will present news bulletins each morning starting next February.  Stuart will then host a weekly show starting in July 2019.

Brittany Flores will now serve as President of Miami at Live Nation.  She first joined the company in 2012, playing a key role in opening Daily’s Place, a venue in Jacksonville.

Neil Jacobsen will now serve as President of Tampa and Orlando.  He has served at Live Nation and its predecessors for over 40 years.  Jacobsen will run the company’s concert business in Tampa, St. Petersburg, Orlando, and the Florida panhandle.

Kelly Flanigan will now serve as President of Washington DC within the company’s US concerts division.  She’ll oversee booking, marketing, and business operations for Live Nation across the region, including Virginia and Maryland.  Flanigan first joined the company in 2006, serving as a talent buyer.

Wilson Howard will now serve as Chief Operating Officer of Washington DC / Carolinas within the US concerts division.  He has served at Live Nation and its predecessors for over 40 years.

Both Flanigan and Howard will report to Bob Roux, President of US Concerts.

Jen Danielson will serve as Head of Country Programming at Pandora.  She served for ten years at CMT, most recently as Director of Music Strategy.  She had overseen the music video acquisition process for the network, working closely with labels, publicists, and artist managers to create and execute strategic marketing initiatives to enhance artist reach.  Based in Nashville, Danielson will oversee all programming for country music.

Callum Caulfield will serve as Marketing Director at Atlantic Records.  He’ll lead the development and execution of campaigns for Atlantic’s roster, including Ed Sheeran, Cardi B, and Bruno Mars, among others.  Caulfield first joined Atlantic in 2012 and has served at Columbia and Mercury.

Margaret Tomlin will now serve as Director of A&R at Sony Music Nashville (SMN) per All Access.  She first joined the company in 2015 as an A&R rep and eventually served as Manager of A&R.  Tomlin has also served at BMG Nashville.

John Johnson will now serve as Director of A&R.  He currently oversees master recording quality control for new releases and SMN’s current catalog.  Johnson has also overseen the design and execution of a studio/listening room at the company.  He’ll report to Jim Catino, Executive Vice President of A&R.

Rob Femia will now serve as Senior Vice President of Business and Legal Affairs at Universal Music Group (UMG) Nashville per All Access.  He first joined the label in 2013 and has previously served at Sony BMG, Virgin Records/Capitol Music/EMI Music North America, and Atlantic Records.

Kristen Ashley, a music manager, has launched 11/10 Management.  JT Pratt has joined as a team member.  The company has signed Mitchell Tenpenny.

In addition, 11/10 Management has partnered with 377 Management/Red Light.

In a newly created role, Sarah Tortoreti will serve as Vice President of Marketing at VidCon.  She’ll oversee the management and development of the brand as well as global marketing strategies.  Tortoreti will report to Joe Gillen, Executive Vice President and Chief Financial Officer of North America.

In addition, Natalie Schaefer will serve as Director of Creator Partnerships.

Julia Maes will serve as Executive Producer of VidCon US.

Wendi Ekblade will serve as Director of Security.

Celine Sargent will serve as Executive Producer of VidCon London and Australia.