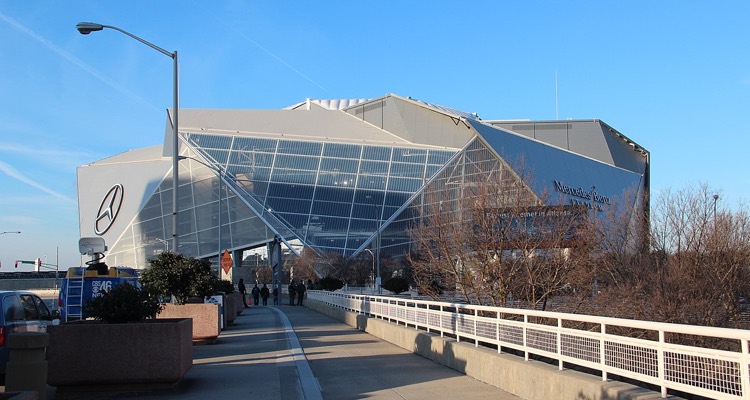 It looks like Travis Scott is close to joining Maroon 5 on stage for this year’s Super Bowl LIII Halftime Show.

Earlier reports stated that more than half-a-dozen artists have turned down offers to play the Super Bowl gig.

TMZ broke the news on Travis Scott’s acceptance earlier today, but Variety added a couple of juicy tidbits.  Two sources claim that Jay-Z has been attempting to talk Travis Scott out of performing for the show, which obviously puts things in limbo.

Separate sources says the deal with Scott isn’t quite sealed — and Scott could face a serious backlash.

Jay-Z has been highly critical of the NFL’s treatment of players and their right to protest.  The rapper has even claimed to have rejected an offer to play the big game — here’s his recent boast on ‘Apeshit’:

“I said no to the Super Bowl.

You need me, I don’t need you

Every night we in the end zone

Tell the NFL we in stadiums too”

Though not explicitly stated, it’s believed that the NFL’s blacklist of Kaepernick led to the repeated denials by coveted performers.  Accordingly, Maroon 5 has struggled to find performing partners for this year’s show. Both Maroon 5 and Travis Scott are affiliated with Full Stop Management.

Last week, we reported that Usher, Lauryn Hill, Nicki Minaj, Mary J. Blige, and Rihanna had all turned down the gig.

Variety is also reporting that there are ongoing talks with Cardi B and Big Boi from Outkast. Variety says Cardi B wants to perform one of her own songs as a condition of participation.

Maroon 5 has not officially been confirmed as a halftime performer yet, but multiple sources shared the news in September. Since then, a petition was launched on Change.org asking the group to back out of headlining the show.

Sources say the delay in announcing Maroon 5 as the show’s headliner has been a direct result of a difficult-to-find second act. Cardi B, Post Malone, and Bruno Mars will perform at other venues during the lead up to Super Bowl.

Scott was recently featured on the cover of Rolling Stone magazine and is performing his “Astroworld” tour across the United States.