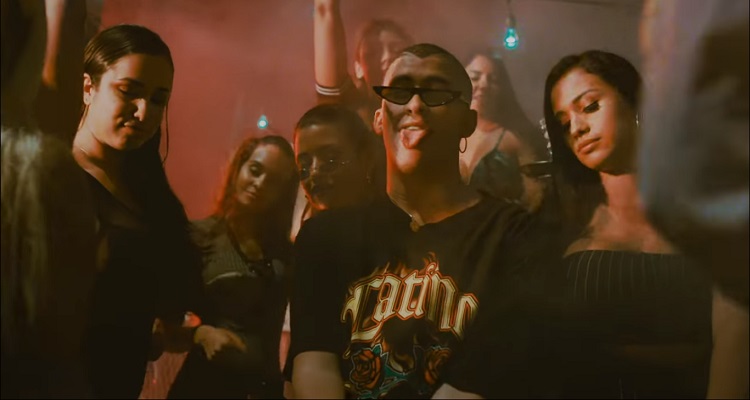 “I feel like right now I’m at the best moment of my career.  I have always wanted to release an album but I never had the opportunity, I never had the support.  But now I feel completely free as an artist and as a person.  I feel really comfortable, I feel good about making an album and showing people something different.”

Yet, X100PRE has dropped during an inopportune time for the Puerto Rican artist.

On the Billboard Hot 100, Ariana Grande has dominated the chart with ‘Thank U, Next.’  Halsey has remained close behind with ‘Without Me’ followed by Travis Scott’s ‘Sicko Mode.’

Controversial artist Kodak Black has also recently hit No. 1 on the Billboard 200 with Dying to Live.  The album earned 89,000 equivalent album units in the week ending December 20th.  Streams largely made up the bulk of album’s units.  Meek Mill’s Championship held No. 2 with 83,000 units.  Lady Gaga and Bradley Cooper’s A Star Is Born soundtrack jumped to No. 3 with 64,000 units.

Underscoring the poor timing of the album’s release, only one song from X100PRE has landed on iTunes Top 100 Global charts.  Bad Bunny’s ‘Mia’ featuring Drake came in at No. 28 in the US.  Only one Bad Bunny song came in a No. 18 on iTunes Charts – a featured role on Cardi B’s ‘I Like It.’

On YouTube US Music Charts, Bad Bunny’s ‘Solo De Mi’ (Only of Me) came in at a forgettable No. 9.  Cardi B took the top spot with the official music video for ‘Money.’

Under YouTube’s Top Artists in the US, Bad Bunny stood at No. 6, up from No. 11 last week.  Yet, after 72 weeks, the Puerto Rican artist has only reached 25.9 million views.  XXXTentacion took the No. 1 spot with 46.8 million views.