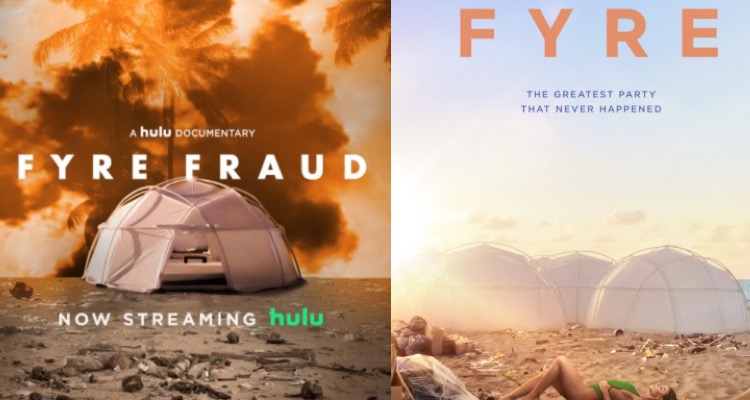 Which Fyre Festival Documentary Is Right for You? Hulu vs. Netflix

If you like disaster festival documentaries, you’re in luck.

The Fyre Festival is one of the biggest live concert disasters in history.  Now, both Hulu and Netflix have separately shot documentaries on the implosion.

And they say we have too many media options.

Amidst the initial confusion, we thought that these were the same documentary airing on both platforms.  But that was a misguided assumption.  Instead, two separate production crews shot two separate documentaries on the same topic.  The main difference was that Hulu was keeping its doc relatively under wraps, while Netflix was blitzing the publicity channels ahead of its release.

Now, it looks like Hulu’s secrecy was part of a sneaky attack plan.  Earlier this week, Hulu quickly beat Netflix to the punch with their documentary, which is titled Fyre Fraud.   Netflix’s look, Fyre: The Greatest Party That Never Happened, is airing on Friday.

Both versions seem pretty solid, though Hulu does feature an interview with Billy McFarland.  That’s the con-man who pulled the whole stunt together, while blowing millions ahead of the festival’s ‘launch’.  McFarland, now convicted of felony financial fraud, is currently sitting in a prison cell.

Outside of the on-the-ground disaster scenes, both documentaries are questioning how this could have happened.

Quick to receive blame is a collection of influencers who were paid to hawk the festival, and led thousands of attendees astray.  That hype machine was exploited by McFarland and co-collaborator Ja Rule, who created a bubble of anticipation and aspiration that quickly went pop.

Perhaps most glaring is that none of the influencers promoting the Fyre Festival disclosed that they were receiving payments.  That includes a long list of supermodels, all of whom walked away with fat checks and little damage to their credibility.  Artists, by no means culpable, also collected fat payments without having to perform.

In the end, it’s the fans who paid the dearest price, with many losing huge amounts of both time and money.

And, here’s the Netflix preview.