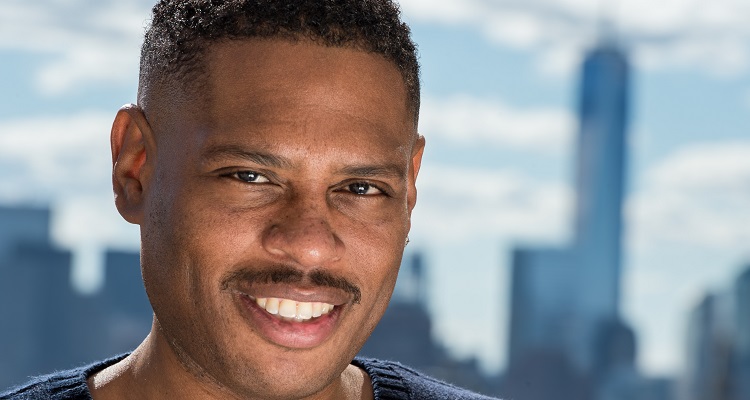 Shawn Holiday will serve as Head of Urban Music.  Based in Los Angeles, he’ll oversee the company’s urban music operations.  Holiday will report to Danny Strick and Rick Krim, Co-Presidents.

Banc of California Stadium poaches a top exec from SMG and makes a new hire.

Steve Tadlock will serve as Executive Vice President and General Manager at Banc of California Stadium.  He most recently served as Regional Vice President of Stadiums, Arenas, and Theaters at SMG.

After four years, Shanna Fischer has resigned from The Artist Cooperative, per All Access.  She’ll focus on other business opportunities, including influencer marketing and consulting projects.

A BASCA consultant leaves the organization.

In an email, Tina Hart, a Communications and Editorial Consultant at BASCA, confirmed she will no longer work at the organization.  Her future projects remain unknown.

Matt Ogle, Spotify’s Product Director, and Bassey Etim, a journalist, will now serve at Canopy, a music discovery startup, per MBW.  Based in Brooklyn, they’ll focus on developing a new technical architecture protecting data and delivering a personalized content experience.

A2IM renews its top boss’ contract, confirms a new hire, and unveils a slew of promotions.

In addition, Andrea Pagnanelli will serve as General Manager.

Patrick Ferrell will now serve as Head of Label Relations.

Sheryl Cohen will now serve as Senior Director of Culture and Oversight.

Courtnay Newman will serve as Manager of Member Services and Partnerships.

Nicole Carbone-Rogers will serve as Senior Vice President and Head of Events at ASCAP effective February 11th.  She’ll be responsible for the organization’s awards shows and other key events.

Interscope poaches an executive from Columbia.

Caroline ‘Baroline’ Diaz will serve as Senior Director of A&R at Interscope Records and will report to Nicole Wyskoarko, A&M Executive Vice President of Urban.  She previously served at Columbia and at Def Jam Recordings.

Michele Nadelman will serve as Chief Financial Officer at Warner Bros. Records.  She joins from Concord Music, where she served as CFO of Recorded Music and Senior Vice President of Finance for Concord Music Corporate.

Both White and Zadeh will report to Laura Swanson, Executive Vice President of Media and Strategic Development.

Snap’s Chief Financial Officer Tim Stone will leave the company after eight months.  His final day at the company has not yet been announced.

Kevin McGurn will now serve as President of Sales and Distribution.  He previously served as Chief Sales Officer.

Health reasons force an ESNS executive to step down.

Peter Smidt will step down as Creative Director at Eurosonic Noorderslag (ESNS), citing health issues.  He will remain at the company as an advisor.

Mark Gibbons will serve as Head of Booking at the Fortitude Music Hall in Brisbane.  He’ll oversee booking at the Live Nation-owned 3,300-capacity venue.

Patrick Joest will serve as Executive Vice President of Global Partnerships and Synch.  Based at the company’s head office in Berlin, he’ll report to CEO Hartwig Masuch.

LiveXLive makes a new appointment to its board.

LiveXLive Media has appointed Ramin Arani to its Board of Directors.  He is a 26-year veteran of Fidelity Investments.

Thomas Ovesen, Vice President of Programming at the Dubai Arena project, will leave the venue ahead of its opening.  He’ll return to “promoting independently.”

22 people have lost their jobs as a result of “ongoing reorganization” at The Hollywood Reporter-Billboard Media Group.

Dana Miller, the media group’s Chief Marketing Officer, will no longer work at the company.  She had overseen both the show trade and music trade publications.  Her dismissal comes amidst a busy awards season at The Hollywood Reporter.

Jayme Klock, Managing Editor for Billboard’s magazine, will no longer work at the media group as well.  Five departments lost multiple employees in an “ongoing reorganization,” claimed one source.

Andy Williams will serve as Global Commercial Director at Audio Network, per MBW.  He’ll oversee a large sales team responsible for the development and execution of global commercial and operational service strategies.  Williams will report to CEO Robb Smith.

Michelle Kirk will serve as Director of Integrated Marketing.

Megan Sykes will serve as Director of Sales Development and Strategy.

Stefani Waters will serve as Director of Southeast Regional Promotion at the label imprint.

Dawn Wayt will serve as Vice President of Marketing and Sales at The Rock & Roll Hall of Fame effective January 28th, per Billboard.

Craig Hammond will serve as Vice President of Commercial Development.

Laura Saez will serve as Vice President of Content Development and Strategy.

Hammon and Saez will serve out of the company’s Beverly Hills headquarters and will report to label President Sig Sigworth.

Former Sony/ATV Music Publishing executive Guy Moot will serve as Co-Chair and CEO at Warner/Chappell.  He’ll run the company alongside COO Carianne Marshall, who will also serve as Co-Chair.  Moot replaces Jon Platt.  Martin Bandier, the current CEO, will leave in March once his contract expires.

Jam Productions co-founder will step down.

Arny Granat, Co-Founder of Jam Productions Ltd., will leave the company after four decades.  Jerry Mickelson, also a Co-Founder, will continue to oversee the company.

Jonathan Briggs will now serve as Vice President of Commerce, Streaming, and Digital Strategy.  He’ll work out of the Santa Monica office.

UMG expands its staff in Asia.

Universal Music Group (UMG) has expanded its staff in China and Asia.

Aaron Wang will serve as Chief Financial Officer for Greater China.  The former Sony Pictures Entertainment executive will oversee all financial operations in the region.

Elvin Eng will now serve as Chief Financial Officer at UMG for the South East Asia region.  Based in Singapore, he’ll oversee the finance operations and strategy for South East Asian markets, including Korea.

In a newly created position, Ang Kwee Tiang will serve as Senior Vice President of Asia Public Policy.  He joins from IFPI, where he served as Regional Director of Asia Pacific.

Ben King will serve as Senior Vice President of Global Distribution and Business Development at DAZN, a streaming service, next month.  He previously served as Commercial Director for International Services at Apple.

Hetal Patel will serve as Executive Vice President of SmartAudio Intelligence Insights at iHeartMedia.  She most recently served as Head of Sales Research & Insights at Vox Media.

Mike Gowen, Publicist and Account Executive at The Mitch Schneider Organization, has left the company.  He launched his own company, Milestone Publicity.

Todd ‘Morty’ Perry will now serve as Partner and Head of A&R at Mouvement, a management firm, per Billboard.  He brings two clients – producer Laney Stewart and BlumBros.