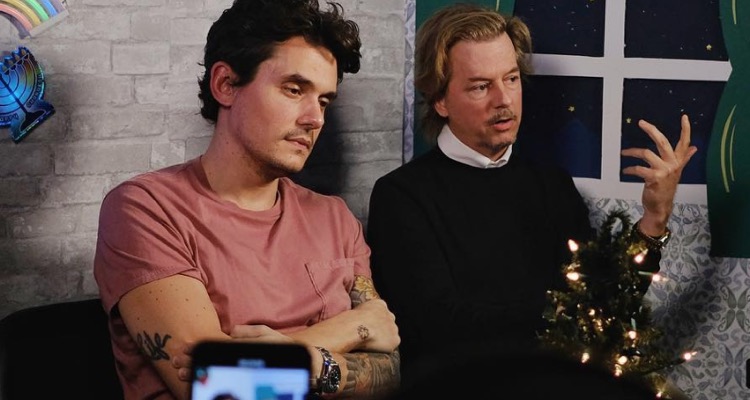 John Mayer launched a new talk show exclusively through Instagram last year, and now the show is returning for its second season.

The 45-minute show is called ‘Current Mood with John Mayer,’ and is filmed entirely using an iPhone in Mayer’s living room.  The idea has now progressed past its infancy stage, potentially prefacing a broader adoption of the Instagram platform for live shows.

Each show will be available on Mayer’s Instagram story for 24 hours after it has aired.  Mayer talks about everything under the sun, describing his ideal breakfast to the tabloid’s obsession with his dating life.

Mayer is also joined by several musical guests and witty interactions with Mayer. This season’s guest appearances include Andy Cohen and Maggie Rogers.

Mayer says the show started as a way to fight his own loneliness and help others with the same struggle.  Mayer announced the return of the show via an Instagram story on Friday.

While each show disappears from his Instagram story after 24 hours, episodes are uploaded to YouTube afterward by fans.  That raises questions over whether Instagram itself is considering an archiving solution to attract broader participation.

Musical guests on the show sit for an interview and then Mayer joins them to play a few songs.

Mayer closes each show with words of encouragement for his fans who are watching.  The second season returned on January 27th and is now available on YouTube for anyone who missed it.

This isn’t the first time Mayer took the spotlight with a variety show.  Back in 2004, Mayer launched a two-part TV series called ‘John Mayer has a TV Show.’

Mayer’s dedication to ‘Current Mood’ might be an attempt to reach a broader audience through network or streaming TV.

Jerry Seinfeld saw success with this strategy when Comedians in Cars Getting Coffee launched on Crackle before appearing on Netflix last year. Perhaps Mayer has his eye on a Netflix special in the future?