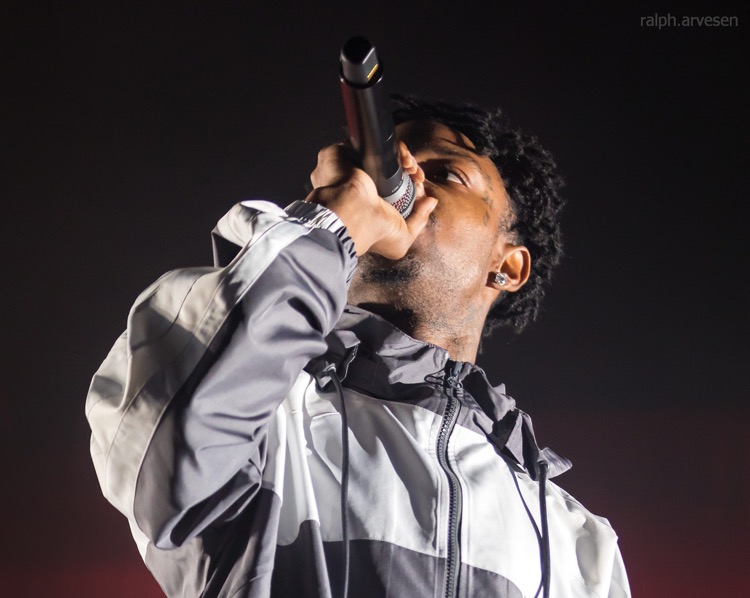 Despite multiple noms, 21 Savage probably won’t be gracing the Grammy stage this year.

The rapper was arrested by U.S. Immigration and Customs Enforcement (ICE) on charges of residing in the U.S. illegally.

21 Savage has long associated his identity around being an Atlanta-based rapper, even rapping about his rough childhood in Atlanta’s Eastside.  That glaring discrepancy stirred howls of laughter on social media, particularly on ‘Black Twitter’.

The 26-year-old rapper appeared in a serious way in 2015, and is currently enjoying a surge in popularity.  But fame is a seriously double-edged sword, especially with immigration a hot-button topic in America.

ICE says the rapper is a U.K. national who came to the United States as a child but then overstayed his visa.  He was taken into custody on Sunday morning in metro Atlanta.

ICE spokesperson Bryan Cox revealed that the raid was a targeted operation.

The rapper apparently entered the United States legally when he was 13 years old, then never left.  He was convicted of felony drug charges in 2014, but ICE was unaware of his immigration status at the time of that arrest.

CNN revealed that 21 Savage was in the same car with another rapper who was the target of a criminal arrest. After the police learned of 21 Savage’s immigration status, he was taken into custody.

21 Savage’s lawyer, Dina LaPolt, is working to get the rapper out on bail.

She says he is a role model for young people.

Before his arrest, Savage’s Wikipedia page listed him as born in Atlanta in 1992. He has frequently rapped about the violence and pain he encountered while on the streets. He has also said that the 21 in his name refers to a street gang in Decatur, Georgia.

21 Savage is currently nominated for two Grammys, but he probably won’t be making an appearance at the show on Sunday. The rapper is nominated for Record of the Year and Best Rap/Sung Performance for “RockStar,” a collaboration with Post Malone.