YouTube Overhauls Its Channel Strike System – But Will This Help the Music Industry? 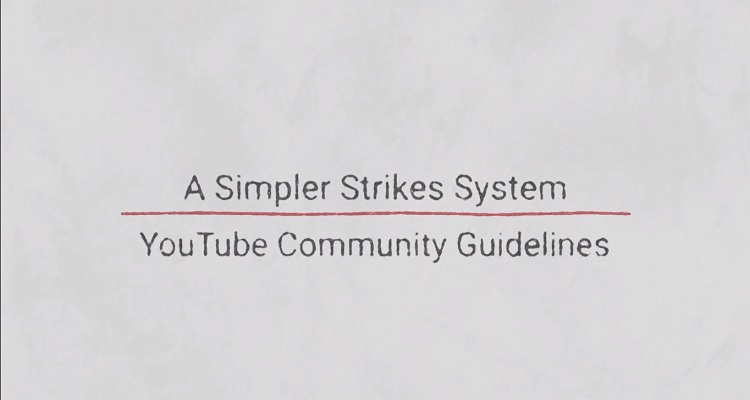 YouTube has aimed to make its strikes system easier to understand and more transparent.

On a post in its Creators Blog, the company confirmed that it has updated its strikes system.  At least for its existing Community Guidelines.

According to the video platform, 98% of its content creators never break the company’s Community Guidelines.  In addition, 94% of those who receive a first strike – likely for posting infringing and malicious content, or other violations – never receive a second one.

Starting on February 25th, all channels will receive a one-time warning for posting content “that crosses the line.”  Channels won’t receive any penalties other than forcing creators to remove the controversial content.  In addition, the company will expand on its policy resources to indicate which behavior crosses the line.

Previously, the company’s Community Guidelines remained inconsistent, at best.  YouTube admits some strikes, for example, would trigger a 90-day freeze on live streaming.  Others would result in a two-week freeze on new video uploads.  This confused content creators as the penalty “didn’t match the source of the strike.”

Now, all Community Guidelines strikes will have the same penalty.

In addition, warnings will no longer reset after 90 days.

The company outlined how the three strike penalty system works.

“The first strike will result in a one-week freeze on the ability to upload any new content to YouTube, including live streaming, and other channel activities.  Strikes will expire after 90 days.

“The second strike in any 90-day period will result in a two-week freeze on the ability to upload any new content to YouTube.

“The third strike in any 90-day period will result in channel termination.”

Aiming for greater transparency, the company will also explain why the strike occurred.  Creators will see what it means for their channels along with the next steps they can take.  This includes appealing the decision if they feel it was a mistake.  YouTube will specifically point out which policy was violated.

Also Read:  Blackpink Awarded 5 Guinness World Records for "How You Like That"

But, will this help the music industry?

YouTube issues copyright strikes only when it receives legal requests from copyright holders.

Creators will only receive a copyright strike once the company has already removed the video.  Deleting the video with a strike also won’t resolve the issue.

As both strike systems remain independent, a creator, for example, could receive two strikes over copyright issues, and two strikes for violating Community Guidelines, and remain active.  YouTube won’t automatically terminate their channels.

In short, the system remains the same.  Copyright holders in the music industry will have to manually report infringing content and wait for the company to respond.  Independent artists who create music could also have their works taken down when another user steals their projects.