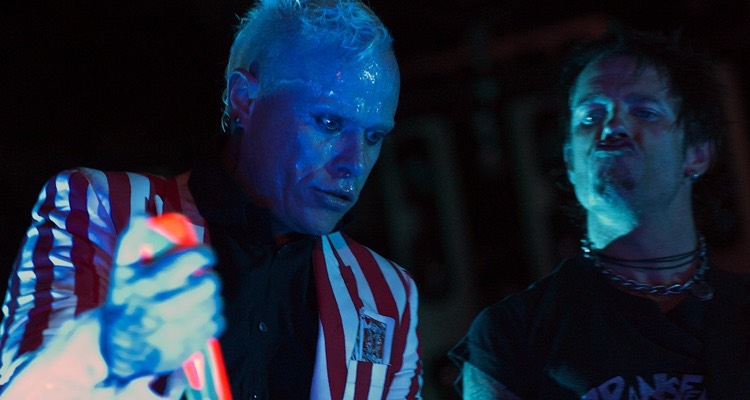 The Prodigy frontman Keith Flint was found dead at his home in what is a suspected suicide.

Flint was 49 and was the longtime frontman of The Prodigy. Flint is well-known for his iconic devil horns haircut and intense stage performances.

The Prodigy co-founder Liam Howlett confirmed the news on Instagram and in a statement released by the band.

“It is with deepest shock and sadness that we can confirm the death of our brother and best friend Keith Flint. A true pioneer, innovator, and legend. He will be forever missed. We thank you for respecting the privacy of all concerned at this time.”

“I can’t believe I’m saying this, but our brother Keith took his own life over the weekend. I’m shell shocked, fuckin angry, confused and heartbroken ….. r.i.p brother Liam.”

Essex police say they were called to the residence in Brook Hill, North End after 8 am on Monday. Flint was pronounced dead at the scene, and the death is not being treated as suspicious.

Flint became one of the UK’s most iconic performers in the 1990s.

Aside from their debut album, the group’s next seven albums reached number one in the UK. The most recent album released was No Tourists, which debuted in November of 2018.

Flint performed the vocals for the band’s two most well-known songs, including ‘Firestarter’ and ‘Breathe’.  Both songs achieved number one single status in 1996.

‘Firestarter’ was the group’s biggest hit here in the States. The ‘Firestarter’ black and white video was banned by the BBC, with parents complaining it was too frightening for children.

Aside from his success as Prodigy’s frontman, Flint also founded a successful motorcycle racing outfit. Team Traction Control made its debut in 2014 and has won multiple Supersport TT titles.