City of Chicago Demands $130,106.15 from Jussie Smollett to Cover Its Investigation Costs 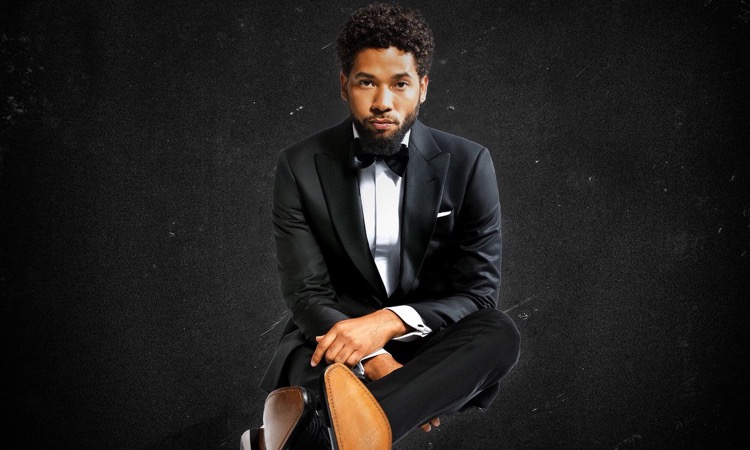 Days after all charges against actor Jussie Smollett were dropped, the city of Chicago is demanding he pay for the costs of the investigation.

Smollett alleged that he was the victim of a hate crime before two men revealed that they were paid to perpetrate the attack.

Smollett faced more than a dozen charges for filing a false police report, but the case was dropped on Tuesday.  The Cook County State Attorney’s Office declined to say why the charges were dismissed.

Smollett told reporters that he was truthful about the January attack.  But prosecutors and investigators believed the actor staged the event for public sympathy and a bump in pay.

The City of Chicago sent a letter to Smollett’s attorney seeking $130,106.15 in compensation for costs incurred during the investigation.

Bill McCaffrey, a spokesperson for the city’s legal office, said the city feels the amount is reasonable.

“The city feels this is a legal and reasonable amount to offset the costs of the investigation.”

Smollett’s attorneys have pushed back against the city’s request, saying that both the police chief and major owe him an apology.

“It is the mayor and the police chief who owe Jussie — owe him an apology — for dragging an innocent man’s character through the mud. Jussie has paid enough.”

Chicago city code states that anyone who files a false police report can face a fine of $500 and additional charges. Those additional charges include “up to three times the amount of damages the city sustains as a result of the violation.”

President Trump weighed in on the city’s decision, saying the FBI and DOJ would become involved.

The letter sent to Smollett’s attorneys says that the city used more than two dozen detectives to investigate the report filed by the actor.  It concludes that the investigation revealed, “that you knowingly filed a false police report and had in fact orchestrated your own attack.”

The city is requesting the amount be paid within seven days.

Here’s a copy of the letter (click to enlarge). 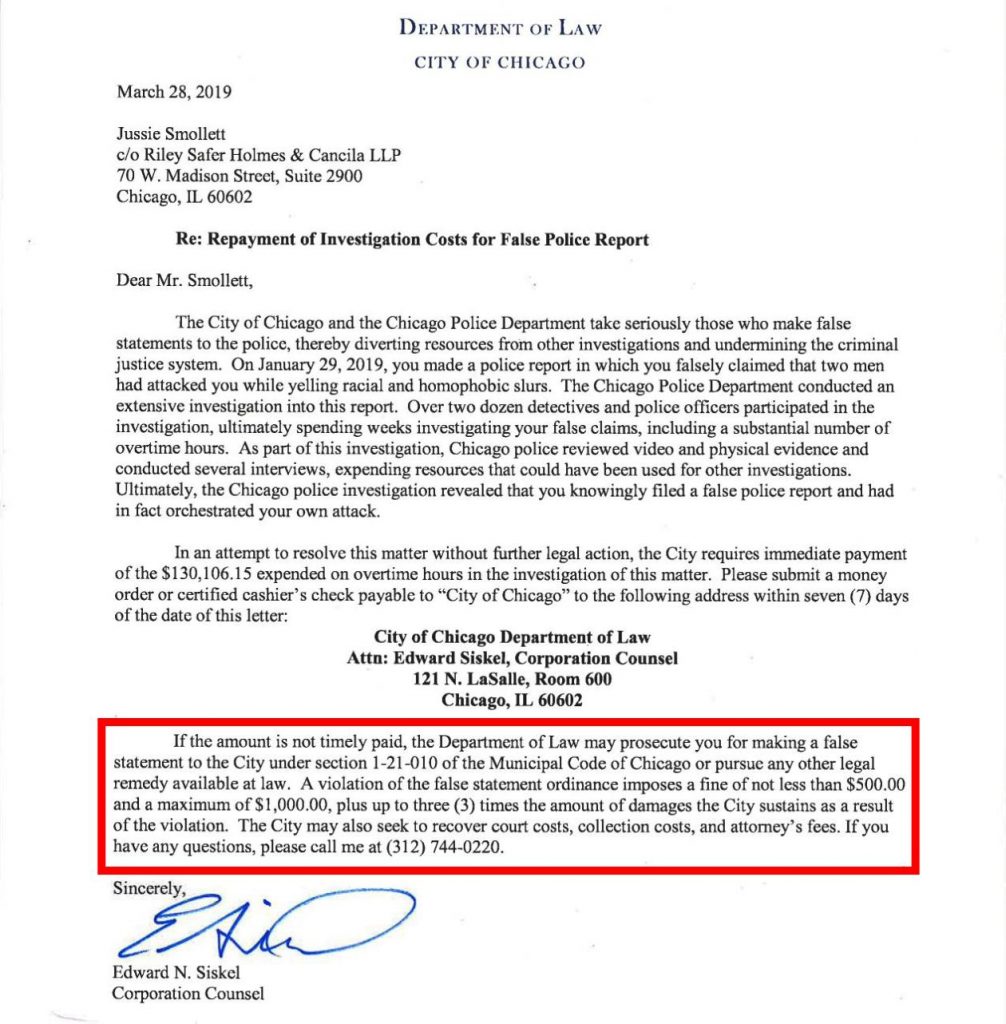