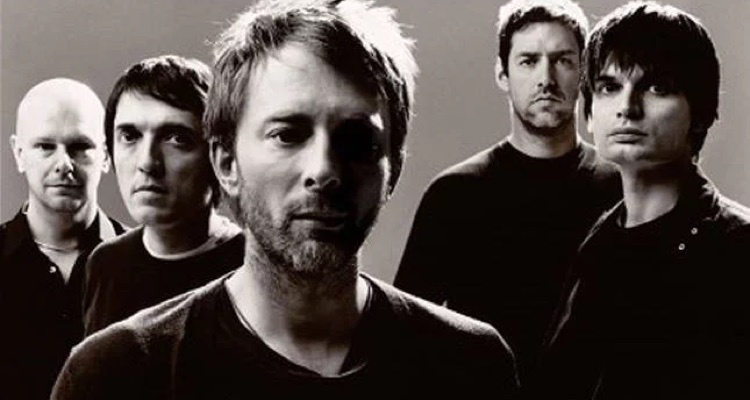 With the end of the new inquest into the infamous 2012 Toronto stage collapse, Radiohead and Scott Johnson’s family may finally have some closure.

Nearly seven years ago, a video monitor weighing over two tons fell on Scott Johnson.  The scaffolding structure at Downsview Park in Toronto had collapsed an hour before Radiohead’s performance, killing the drum technician instantly.  Three others were injured.

Johnson had worked with several performing artists and groups, including Robyn, the Killers, and White Lies, among others.

“We have all been shattered by the loss of Scott Johnson, our friend and colleague.  He was a lovely man, always positive, supportive and funny; a highly skilled and valued member of our great road crew.

“We will miss him very much.  Our thoughts and love are with Scott’s family and all those close to him.”

The end of a tragic seven-year journey.

On Wednesday, the jury returned with 28 non-binding recommendations.

The jury found plans for the staging used in 2012 contained grave errors.  Among other findings, organizers and promoters had used the wrong materials for the roofing.  The stage construction also lacked independent oversight.

In the recommendations, the five-person team proposed new rules.  These include forcing organizers and promoters to build licensed temporary stages.  To work at venues and stages, riggers would also require certifications similar to electricians.  In addition, independent engineers must design and subsequently inspect all staging structures.

“The inquest into the death of our friend and crew member, Scott Johnson, has now concluded.

“The inquest itself was conducted in a constructive, thorough and fair-minded way.  It revealed the negligence and failings that led to Scott’s death.”

“The Jury have made sound and practical recommendations to prevent such an accident happening again and to ensure the future safety of show crews and audiences.

“It’s up to all of us now to make sure that these recommendations are implemented.”

Expressing the band’s gratitude to the Coroner’s office and the jury for their “tireless work,” Radiohead concluded,

“Our love and respect go out to Ken and Sue Johnson, Scott’s parents.  He will be forever in our thoughts.” 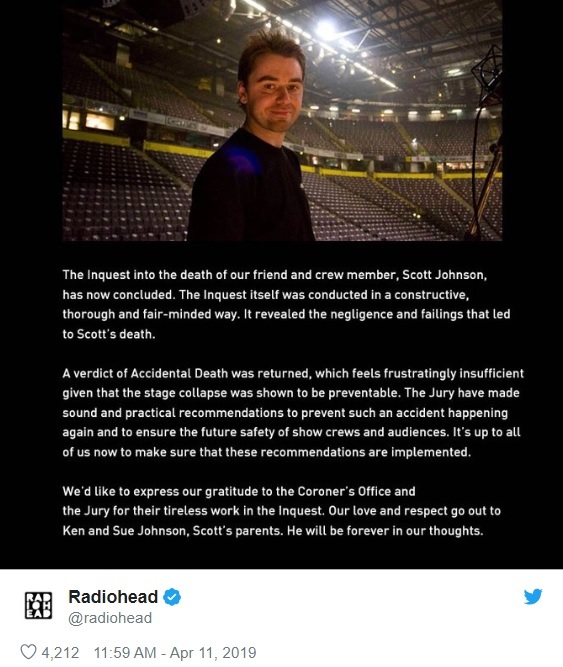 Speaking with the CBC, Johnson’s father, Ken, expressed his gratitude that the inquest had finally ended.

“I think it just brings some closure, at least.

“There’s hardly a month gone by in the last seven years where I’m not involved in some dialogue about Scott and what’s happened, so I quite look forward to perhaps not having that dialogue.”