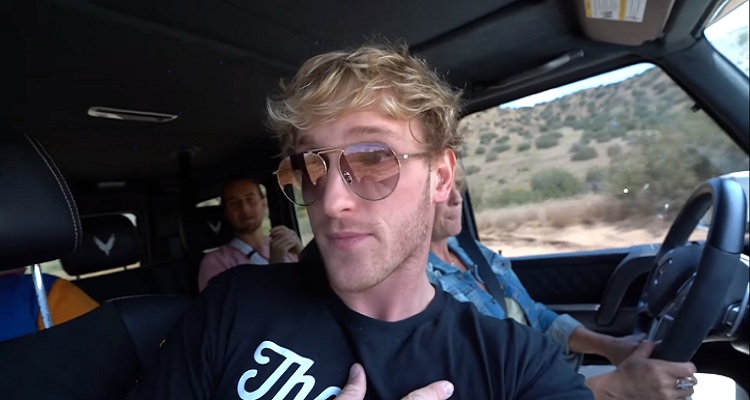 The lyrics of his parody song remain “nearly identical for four successive bars.”

“The Infringing Works directly misappropriate quantitively and qualitatively important portions of Plaintiffs’ Original Work in a manner that is easily recognizable to the ordinary observer.”

In addition, ‘No Handlebars’ copies the original trumpet riff and melody from ‘Handlebars.’  Paul first released the parody song on November 23rd, 2017 on his YouTube and Instagram accounts.

“In both works, a plucked string melody introduces the work, prominently featured alone (there is also spoken narrative in the Infringing Works).  This is the primary instrumental theme, and a distinctive identifying feature, in both works.  Additionally, this similarity occurs simultaneously with the hooks in both works.”

The group writes that despite the ‘obvious’ similarity between both songs, Paul has denied ever hearing about the group.

“When Logan Paul was approached by TMZ for an article and asked about the Response Video created by Flobots, Logan Paul stated “I’m not really sure who that is” in regards to Flobots.”

Paul is no stranger to copyright infringement lawsuits.  Flat Earth theorist Mike ‘Mad Mike’ Hughes filed a $500,000 lawsuit against the YouTuber last month for creating a “fraudulent” and ‘deceptive” mockumentary.

“…He used my image and I never signed a release.  I was never told what this thing was for.  In fact, when he interviewed me, I didn’t know who the guy was. …After this movie comes out, you find out he staged half of it.”

In the group’s lawsuit against the YouTuber, Flobots has requested a permanent injunction prohibiting Paul from further infringement.  In addition, they’ve requested that the federal court grant them the song’s profits, which is well over $1 million.

Following Flobots’ lawsuit filing, Paul has since taken down ‘No Handlebars.’