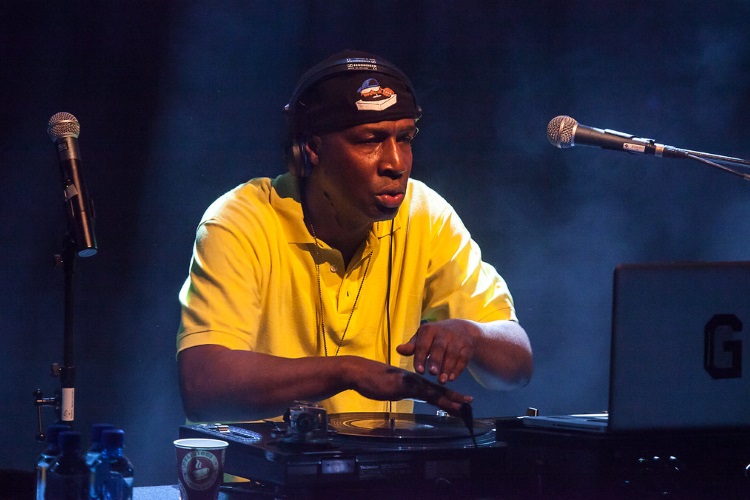 The DJ — real name Joseph Saddler — accepted the award from the King of Sweden.

The Polar Prize is often referred to as the “Nobel Prize for Music” among enthusiasts. The king said the award is to honor every DJ, rapper, graffiti artist, and break-dancer.  Grandmaster Flash was one of three laureates for the 2019 award.  Two other winners this year include German violinist Anne-Sophie Mutter and The Playing for Change Foundation.

Speaking to the banquet ceremony after receiving the award, Grandmaster Flash described how he began his early career.

“This thing that I did had not existed before, and I am one of many where I come from. It ended up being called hip-hop, taking the drum break from pop, rock, jazz, blues, funk, disco, R+B, and using duplicate copies of records. I would take one section and repeat it over and over again. This self-made music bed served for the break-dancers, and later, for the MCs.”

Polar Prize laureates receive a prize of one million Swedish Kronor, or about $130,000 USD. Grandmaster Flash and the Furious Five were inducted into the Rock and Roll Hall of Fame back in 2007. They became the first hip-hop act to be honored.

The Polar Music Prize was founded in 1989 by Stig Anderson, the publisher, lyricist and manager of ABBA.  The award takes its name from his label, called Polar Music.

2019 was a rare year for the award with three laureates selected. The 2019 award is the second time since the award’s inception that three laureates were chosen.  Previous winners of the Polar Music Prize include B.B. King, Led Zeppelin, Metallica, Paul McCartney, Yo-Yo Ma, Sting, and Stevie Wonder.