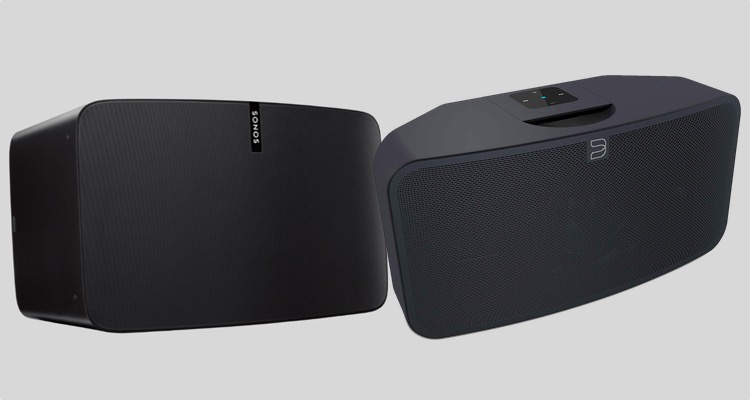 Sonos filed the lawsuit in California, alleging that Bluesound violated seven specific patents, including those that detail volume-control and syncing features.

Sonos has applied for and received a substantial number of patents since being founded in 2002. Moreover, this isn’t Sonos’s first attempt to force a company to pay for alleged patent violations. In 2014, Sonos sued Denon speakers for breaches, and the case was settled out of court for an undisclosed (but likely sizable) sum. Prior to the settlement being reached, jurors decided that Denon had in fact violated some of Sonos’s patents.

At the time of writing, neither Sonos nor Bluesound has issued a public statement on the matter.

Some industry experts believe that Sonos is smart to seek profits from patents that they hold (including those related to things as general as wireless-sound transmission), while others yet maintain that Sonos should set its sights on more pertinent matters, including staying relevant in today’s ever-competitive and innovative smart-product landscape.

Sonos’s patent case against Bluesound is far from a guaranteed victory.

On the contrary, one legal expert has indicated that the specifics of the case could be relatively difficult to prove in court, and the lawsuit is likely to require a substantial amount of resources and money to resolve.

Only time will tell what Sonos’s executives and legal team have in mind, but it seems as though a lot is riding on this seemingly minor case — including the future of smart-speaker production and patent lawsuits in the music industry.

Meanwhile, Sonos is facing far bigger demons with names like Amazon, Google, and Apple.  As the smart speaker explosion continues, Amazon is already moving into higher-end speakers with Alexa-enabled controls.  Other users seem content with lower-end speakers, and they’re hooking them up to their streaming services.

All of which begs the question: will Sonos be left scrapping through patent lawsuits while the bigger fish take the market?