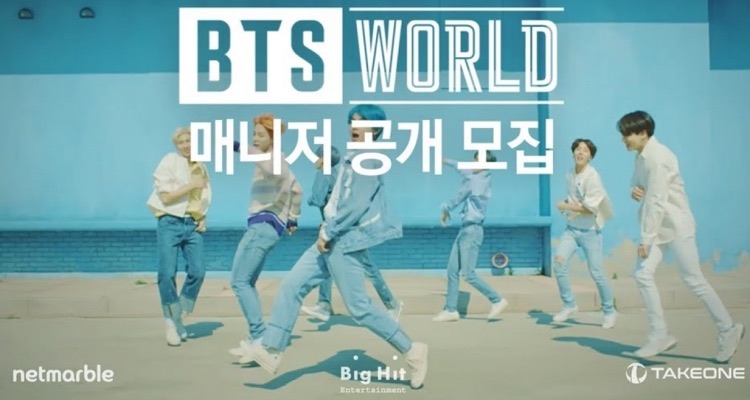 BTS World, a mobile game based on the internationally successful Korean boy band BTS (or Bangtan Boys), is making some serious waves in the Apple Store.

Though it was only released on June 26th, BTS World has already jumped to the Apple Store’s top spot.  And at the time of this writing, the free-to-play game commands a top-five ranking in over 60 different countries, including the vast majority of Asia.

BTS World was developed by Takeone Company Corporation and Netmarble Corporation.  The management-simulation game allows players to customize various parts of BTS’s career.  Interestingly, and in a contrast to many other mobile games, a large portion of the work is comprised of real-life pictures and video footage of band members; a staggering 10,000 pictures and 100 videos were captured exclusively for use in the game.

At this stage, pretty much anything these guys release will sell.  So it’s sort of like printing money.

Accordingly, BTS World: Official Soundtrack will launch on June 28th.  Three singles from the album—”Dream Glow,” “A Brand New Day,” and “All Night”—were released earlier in June, and due in part to the immense popularity of BTS World, the Official Soundtrack‘s sales are expected to break additional records.

BTS also embarked on a world tour in August 2018.

The band has made more than 40 stops, including shows in South Korea, the United States, Canada, the United Kingdom, Germany, France, and many other nations.  The tour was initially expected to end in April of this year, but it was extended through July 14th, with additional stops coming in the U.S., England, France, Brazil, and Japan.