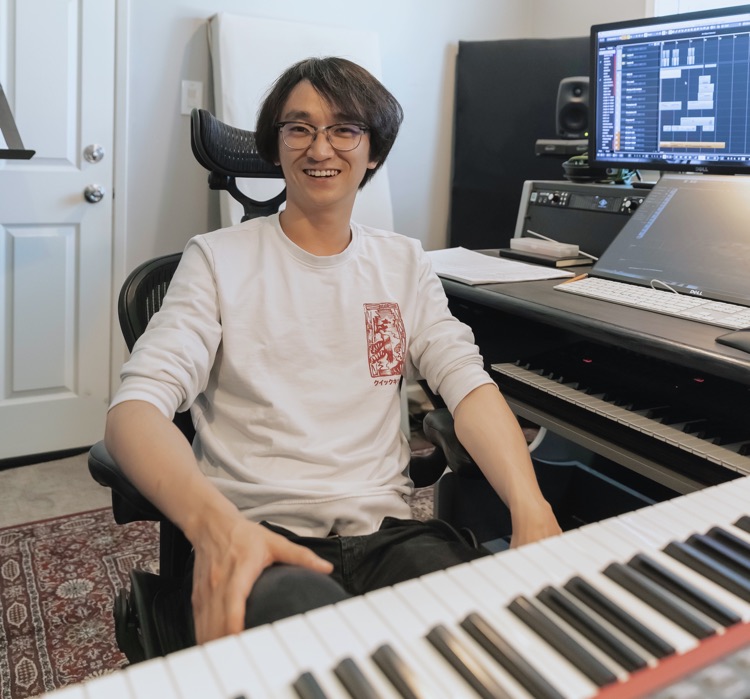 A graduate of the prestigious University of Southern California’s Master of Music in Screen Scoring, Wu was hired to assist the renowned composer Nathan Wang in arranging and orchestrating the original score for the China’s 2019 hit film Crazy Alien, directed by Ning Hao, which has gained more than $327 million in box office revenues and became the country’s second-highest grossing film in 2019.

Wu, who began playing and composing on the piano and other instruments from a young age, received accolades from within the industry for his artistic and technical expertise.  His earlier collaborations include composing original music for Chinese tech giant Tencent for their 2018 World AI Weiqi (GO) Tournament and a commission by China’s No.1 high-end kitchenware brand Fotile to score their 2018 Father & Mother’s Day Special campaign.

Fotile is known to the general public for having innovative and creative commercial campaign ideas. Their 2018 Father & Mother’s Day Special commercial is about the Chinese traditional philosophy of parents putting unconditional love and efforts to take care of their children, as if an artist is devoting and shaping his/her work. Wu’s idea was to have an innocent melody that represents the children and have driving patterns underneath, just like the parents hugging and supporting their children. The music was recorded with top musicians in Los Angeles. The commercial eventually ranked 11th place in the Most Popular Internet Commercial category at the Golden Lion Award (China’s highest award for commercials) with over 19k votes.

Wu’s score to the award-winning short Robot Vacuum’s Escape, directed by the young but experienced visual effects artist and director Jason Zhao, was developed from one simple heroic western theme written by Wu.

“Both Jason and I think that the Robot Vacuum needs to be embellished with the soul of a lone fighter,” Wu says. “I rearranged the theme into many different styles including jazz big band, solo electric guitar, classical waltz, and many more for the vacuum’s numerous attempts until building up to a big orchestral ending as it succeeds.”

The score helped to enhance the comedy as the main actors are all home appliances. This film won a Best Fantasy/Sci-fi award at the Asian on Films Festival.

Wu’s music has been the driving force of many other award-winning films such as indie romantic comedy She Comes in Colors Everywhere, which won 17 awards at 9 different film festivals including the LA Shorts Awards, Miami Independent Film Festival, and Five Continents Film Festival; Underground directed by Shuaiyu Liu which won 4 awards including a Gold Remi at Worldfest Houston for best Sci-fi; and The Longest Day directed by Harvard graduate director Dan Zhou, which won an Award of Recognition at Best Shorts Competition.

Zhou’s latest film, A Birthday Gift, which Wu also scored, won an Award of Merit at The Accolade Global Film Competition. Mom and Me, a short film that deals with Alzheimer’s disease, won the Hollywood International Independent Documentary Award for Documentary Student Short and was selected by Crossing The Screen International Film Festival and Ciudad Del Este Independent Film Festival.  Yurun is extremely versatile and he knows how to capture the right emotion for any genre of film through his music.

In Wu’s music, the audience will hear lots of influences from classical, jazz as well as some cool eastern colors and hip contemporary elements. His compositions span the gamut, stylistically.  He now wants to further establish himself as a multicultural influenced composer in Los Angeles by collaborating with more talented artists and filmmakers to convey his artistic ideas through his music.