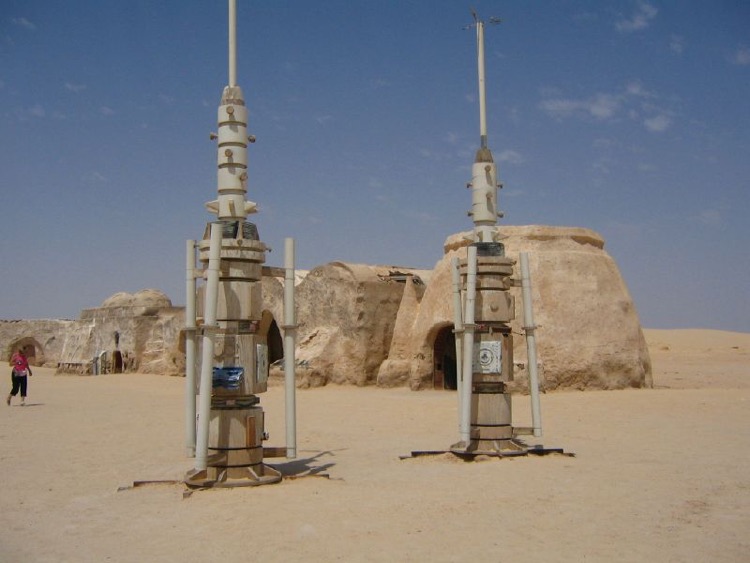 Kanye West is reportedly taking his talents into the low-income housing sphere.

More interesting yet, the houses he’s planning to construct are based off of Star Wars.

The houses’ architectural style, as West recently disclosed in an interview with Forbes, will be designed to look like Luke Skywalker’s childhood home, which is located on Tatooine (a fictional planet in the Star Wars world) and is showcased in the debut Star Wars movie.

Though Kanye West is a well-known fan of Star Wars, it can safely be stated that few saw this project coming.

Moreover, the idea appears to have progressed beyond the conceptual stage. West took reporters to an open stretch of California land and showed them prototypes of the houses, which, though satisfactory, are currently being improved upon and optimized.

“Inspired by Luke Skywalker’s childhood home, West has been working with a team to design prefabricated structures that sport the same austere aesthetic, with the goal of deploying them as low-income housing units,” Forbes reporter Zack O’Malley Greenburg relayed.

“He tells me they could be used as living spaces for the homeless, perhaps sunk into the ground with light filtering in through the top.”

Kanye has also held meetings with potential investors from San Francisco; it’s unclear if these individuals will provide funds, but West, who has an estimated net worth of a quarter-billion dollars (at least according to Forbes), can certainly get the ball rolling on his own.

Over the past few years, the 42-year-old West has turned his attention to the world of politics and philanthropy.  In 2018, West visited with Barack Obama’s former chief of staff and the current mayor of Chicago, Rahm Emanuel, to discuss opening a new school.  West has also visited and discussed policy issues with President Trump, with visits occurring in both Manhattan and the White House.

Only time will tell whether West’s Star Wars homes achieve large-scale success, though there can be no denying West’s philanthropic aims — however wild they may be.

Kanye is currently working on a new album, Yandhi, which doesn’t yet have a release date.