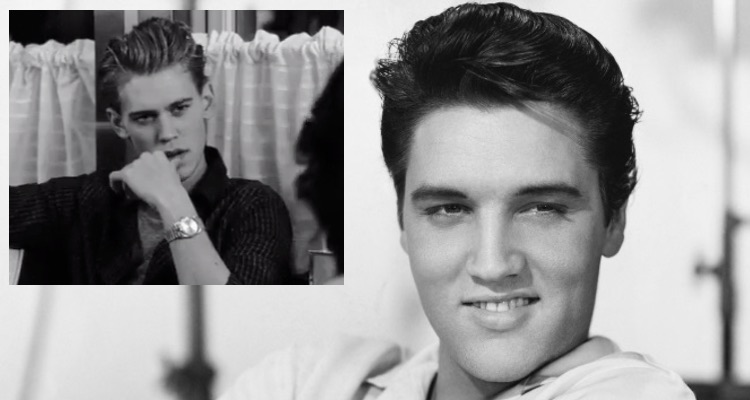 The studio tested with a handful of actors in full make-up and hair to see who would land the role.

Butler will be co-starring alongside Tom Hanks, who is playing Col. Tom Parker. Luhrmann said he wanted to make sure the casting was absolutely right for the biopic, with Butler viewed as someone who could adequately capture Presley’s style and inner vulnerability.

Luhrmann told Deadline that he landed on Butler after hearing about previous performances. Ansel Elgort, Miles Teller, and Harry Styles all submitted a film test for the director.  In comments to Variety, Luhrmann relayed that he’d ‘unequivocally’ found the right guy.

“I had heard about Austin Butler from his stand-out role opposite Denzel Washington in ‘The Iceman Cometh’ on Broadway, and through a journey of extensive screen testing and music and performance workshops, I knew unequivocally that I had found someone who could embody the spirit of one of the world’s most iconic musical figures.”

Butler made his Broadway debut in 2018 alongside Denzel Washington in the adaptation of The Iceman Cometh. He will also appear opposite Leonardo DiCaprio, Brad Pitt, and Margot Robbie in Quentin Tarantino’s new film, Once Upon a Time in Hollywood.

The film covers the relationship between a seasoned manager and a dirt-poor up-and-coming artist set to become an iconic star.

Luhrmann co-wrote the script for the biopic with Craig Pearce. He previously worked on an adaptation of The Great Gatsby, featuring Leonardo DiCaprio.

Shooting for the biopic won’t begin until 2020 to accommodate Tom Hank’s schedule.

Luhrmann is also producing the biopic alongside multiple-Oscar winner Catherine Martin. Gail Berman also worked with Luhrmann on The Great Gatsby and Moulin Rouge; she will serve as the production and costume designer for the film.

The film will be made in Queensland with support from several Australian organizations.