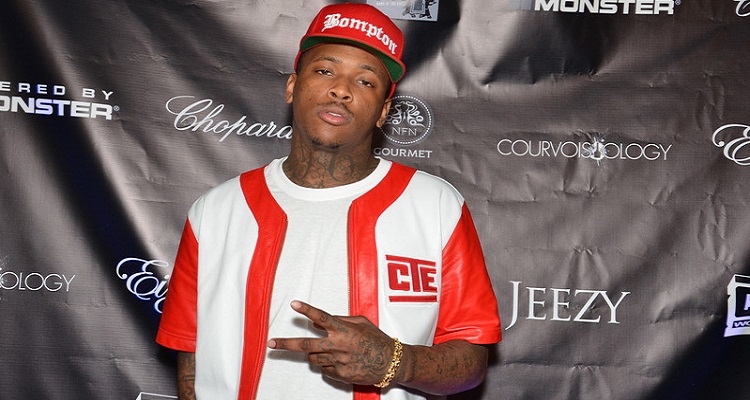 Rapper YG is currently being investigated for murder, and police recently searched his home for evidence that may connect him to the crime.

The 29-year-old artist, whose real name is Keenon Jackson, wasn’t home when Los Angeles police presented the search warrant.  Others were present in YG’s house, however, and one of these persons was arrested on a weapons charge.

YG took to Twitter to proclaim his innocence, stating that he was in the studio and far away from the scene of the crime when the incident occurred.  The incident involved a Cadillac Escalade that was registered to YG, though there’s not other connection to the rapper at this stage.

“I was nowhere near the scene of this incident, I was in Hollywood recording in the studio all day,” YG tweeted. “I was there until after midnight on the 4th of July and didn’t learn of these events until after they happened!”

On July 3rd in Compton, the vehicle’s driver and passengers drove recklessly and fired shots in an effort to escape police officers who were in pursuit.  An unarmed civilian was shot and killed by the shooter in YG’s vehicle.

The suspects eventually abandoned the car and escaped on foot.  One individual has been arrested in connection with the episode, but police are currently looking for additional suspects — hence searching YG’s home.

Even if YG is innocent, it seems that he’ll face an uphill battle — and potential charges — when explaining how occupants of a vehicle that’s registered in his name were involved with the shooting of multiple police cars (as well as a pursuant police helicopter) and the murder of an unarmed civilian.

YG — whose stage name is short for Young Gangster — joined the Bloods, a well-known LA-based street gang, in 2006.  YG has also been involved in multiple shootings — including a 2015 episode that saw him shot in the hip while recording — but he hasn’t made a habit of cooperating with police.

At this point, it’s clear that police — and the public — have much to learn about the matter, including why it happened and who exactly was responsible.

More as this one develops.