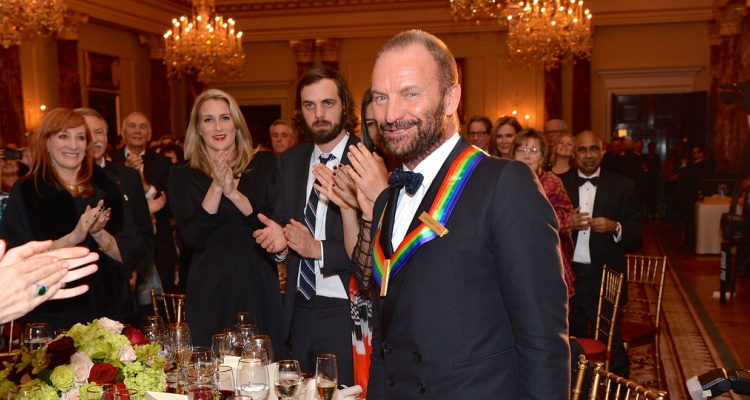 Sting has issued an urgent statement on the Amazon fires that are raging in Brazil.

In a post issued this morning, Sting described the lack of response to the issue as “criminal negligence on a global scale.”

The Facebook post is highly critical of Brazilian president Jair Bolsonaro, who is a climate change skeptic.  Many of Bolsonaro’s policies have opened up the rainforest to deforestation and slash-and-burn farming.

Bolsonaro has directly rejected a $22 million aid package from French president Emmanuel Macron. The offer was made at the recent G7 meeting in France. Bolsonaro says he will only accept the aid if the French president apologizes for some remarks about the Amazon being of global importance.

These petty squabbles between world leaders are set to the background of millions of acres of rainforest being burned.

Sting has been a long-time advocate of preserving the world’s rainforests. He launched the Rainforest Foundation Fund in 1987, working closely with indigenous communities in Brazil.

In the statement condemning the lack of action, Sting was highly critical of Bolsonaro. You can read the full transcript of the letter below.

Legend has it that the Emperor Nero “fiddled while Rome burned.” While obviously bristling at the dubious factoid that such a stupid man could have been a musician, none of us, including me, can be complacent about the tragic dimensions of the disaster taking place in the Amazon as I write.

Amazonia is on fire at an unprecedented rate – 80% up from last year and with 39% more deforestation – and the world is suddenly taking notice.

Populist leaders citing nationalist agendas, or claiming that climate change and its handmaidens are a hoax, are guilty of much more than standing by and doing nothing. This is criminal negligence on a global scale.

This is no place for the outdated bromides of nationalism in a world where we all breathe the same air and where we will all suffer the consequences of this willful negligence.

Calling Amazonia the “lungs of the Earth” may not be exactly anatomically correct, but it does convey that it is a vital and irreplaceable link in the chain of wellbeing on our planet in the increasingly narrow band of climatic vectors where human life can survive. We simply cannot afford to let it burn.

We are fast approaching the tipping point where the fires will continue to burn and cannot be put out.

We appeal to the Brazilian government to change the policy that has opened up Amazonia for exploitation. Nationalist rhetoric has effectively ignited the flames which threaten to engulf the most important living laboratory on the planet. Countless species are in danger of immediate extinction.

The President of Brazil, Jair Bolsonaro, has openly voiced that he is no friend to the indigenous people and now he is reneging on land treaties already signed, opening up new territories and dismantling the scientific and human rights organizations in Brazil to enable this. He has criticized the G7 countries for hypocrisy, saying that we cut down our own forests long ago, but that’s no reason not to learn from those mistakes.

We must all help to create a sustainable economic model which renders the destruction of the forests in Brazil unnecessary.

At the RF we have been working for three decades with the indigenous people of Amazonia – not only in Brazil but throughout the countries of South America to protect their land and their rights. It is their world that is in immediate danger, and their way of life that needs to be protected. Now more than ever we need to give them our support to ensure their survival.

Surely it is enlightened self-interest for Mr. Bolsonaro to understand and accept this. We urge him to rethink his policies and change his actions and his incendiary rhetoric before it is too late. This is no time for fiddling; the world is burning.