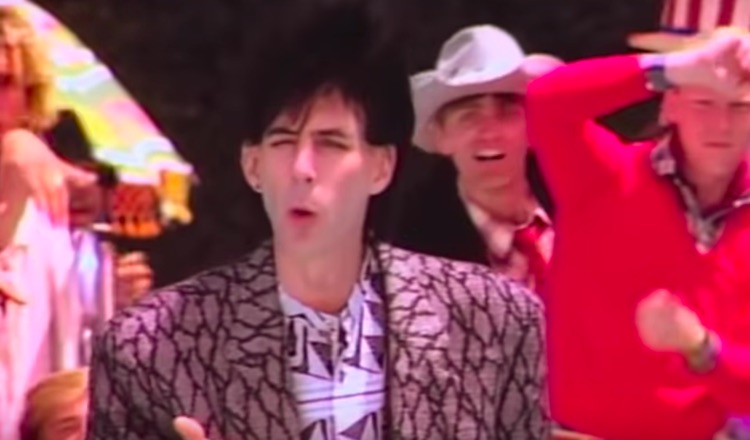 Ric Ocasek in the music video for The Cars’ “Magic”

The Cars singer, songwriter and rhythm guitarist Ric Ocasek passed away over the weekend.

Ric Ocasek, who shuttled The Cars into superstardom in the 80s, has passed away at age 75. He was found dead in New York City over the weekend, with the cause of death unknown.

(Update: A preliminary New York City medical examiner report has indicated that the cause of death was heart disease, exacerbated by emphysema).

Sadly, Ocasek is the second major Cars figure to pass away.  Back in 2000, the group lost its other singer, Benjamin Orr, to pancreatic cancer.  The duo formed the heart-and-soul of the new wave, synth-pop infused group, with the pair crafting a string of unforgettable smash hits.

Those hits will be immediately recognized by anyone alive in the 70s and 80s — though radio stations continued to pump out these hits for decades after.  The hit parade included smashes like “Just What I Needed,” “My Best Friend’s Girl,” “Magic,” “Good Times Roll,” “Drive,” “Tonight She Comes,” and “Since Your Gone”.

The hit-making formula was difficult to identify by genre, but distinctively 80s in style. The group got started in Boston in 1976, though the machine was really rolling in the 80s heyday. Of course, music critics never applauded The Cars as artistically relevant and substantial — but that probably describes a lot of hitmaking 80s groups. It’s just not fine art — at least according to the stuffy critics.

The Cars’ flame died out in the 90s, and Orr’s death effectively killed the band for good.

But Ocasek was still writing and performing music long after the Cars retired. He released a total of 7 solo albums, while also producing releases from groups like Weezer, Guided by Voices, and Bad Brains. He was also a gifted illustrator and helped to design numerous album covers.

Just prior to his passing, Ocasek hinted at an album of unreleased songs.  He was also apparently creating a compendium of album cover artwork.  It’s unclear where that material is, whether it’s finished, or, whether it will ultimately get released.