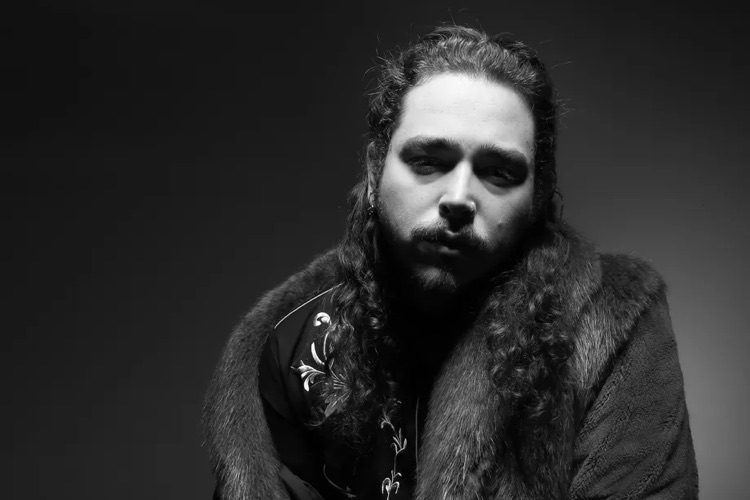 The most popular concert tickets, tour stops, and artists around the country, based on SeatGeek data through Wednesday, September 18th. 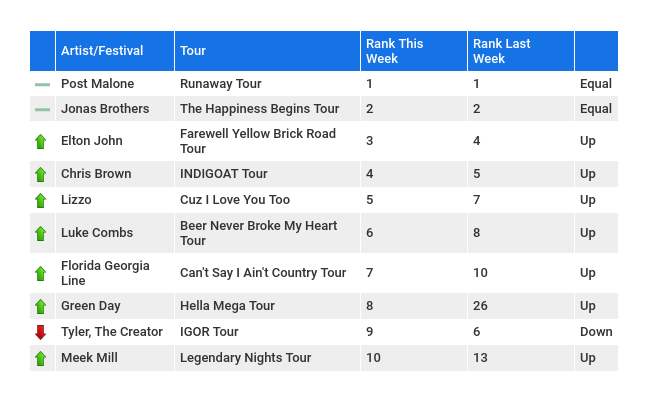 The excitement has only just begun for Post Malone and his devotees, as the musician’s “Runaway Tour” has just kicked off its lengthy trek across North America. Look out for Post when he performs in Sacramento and St. Paul later this week.

The Jonas Brothers have been on such fire since they returned to the biz with the “Happiness Begins” tour and album, we almost forgot what it was like when they were broken up. Fans living in Chicago can catch the brotherhood live when they perform at the United Center this weekend.

Not only did Elton John just kick off another leg of North American performances  for his “Farewell Yellow Brick Road” tour, but he also just announced seven NYC-area gigs slated for 2020.

With just one month left on the Chris Brown “IndieGOAT tour,” fans are clambering to see the singer (and insanely talented dancer) live. He’s joined by Tory Lanez, Ty Dolla $ign, Joyner Lucas and Yella Breezy as they take the stage in Boston, Hartford and DC this weekend.

Things are just heating up for Lizzo on her “Cuz I Love You Too tour,” with shows stretching from now through November (including a large European stint). This weekend the breakthrough singer will perform two concerts at the historic Radio City Music Hall in New York City. 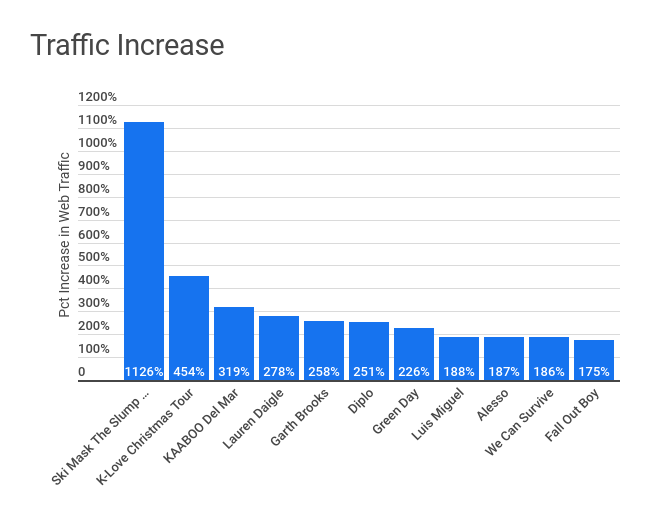 Last week the lineup and concert schedule for the 8th annual K-Love Christmas tour was revealed. Catch Grammy nominee Matthew West along with Matt Maher, plus pop worship group I Am They, as they perform across the Southern United States.

This San Diego-based fest just wrapped up its fifth and final year at the Del Mar Race Track. But have no fear–its 2020 edition will be hosted at Petco Park, going under the new moniker of KABOO San Diego.

Christian singer Lauren Daigle is headlining her first-ever arena tour. Though the world tour kicks off with shows in Australia and New Zealand, fans can catch her in most major US cities starting in February and running all the way to mid-July.

After ticket demand caused Ticketmaster’s website to shut down last week, Garth Brooks’ upcoming show at Neyland Stadium in Knoxville, TN has added additional seating. Now that those tickets are sold out, well, we don’t know what to tell you. 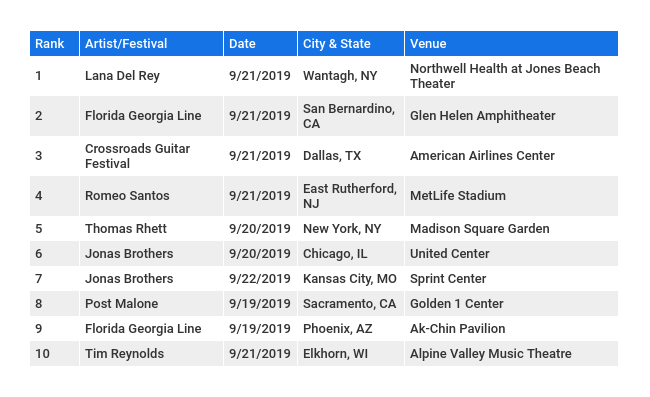 It’s an exciting weekend of live music. Lana Del Rey begins her “Norman F–king Rockwell tour” on September 21 at the Jones Beach Theater, while just a few towns over Romeo Santos will take the stage at MetLife Stadium. Florida Georgia Line continue their “Can’t Say I Ain’t Country tour” in San Bernadino, CA, and the Jonas Brothers (who, at this point in their tour, may be wondering why they came out of retirement) will play in Chicago and Kansas City over the next three days.