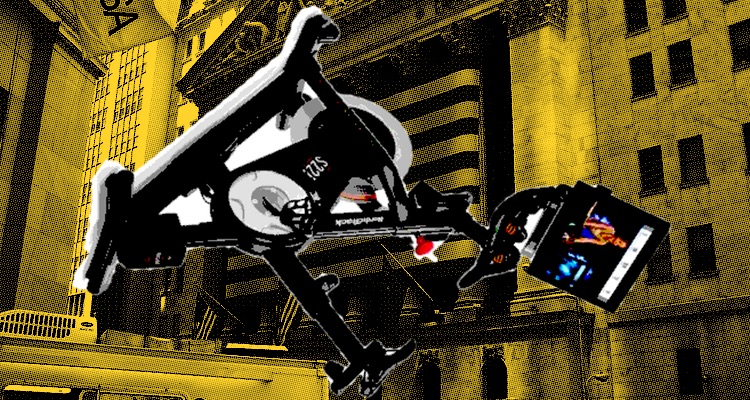 You can feel the schadenfreude emanating from the offices of major music publishers.

On Thursday, Peloton, which is an exercise equipment and media company that has been embroiled in a contentious lawsuit with music publishers, raised $1.16 billion in its IPO, giving the company a valuation of $8.1 billion.

However, the price of the company’s shares quickly fell $2, from its initial price of $29 to $27 when it first opened for trading on Nasdaq.  By the closing bell, shares of Peloton Interactive Inc. had dipped 11% off the $29 mark, with downward action continuing this (Friday) morning.  By early this afternoon, shares had slipped below $25, all of which was enough to cool Endeavor’s IPO plans.

Despite the drop, Peloton has still raised a considerable pile of cash — just not enough to make Wall Street happy.  At the time of writing, Peloton’s market cap is $7.2 billion, down substantially from its initial $8.1 billion mark.

Peloton launched in 2012, and its main product is a $2,000 stationary bicycle that lets users stream live spinning classes conducted at the company’s fitness studio.

Users pay a monthly subscription fee for these classes, which range from $19 to $40. They sell the bike and the classes through a direct-to-consumer sales platform that includes nearly 75 retail outlets.

Peloton in its history has never been profitable. For the 2019 fiscal year, they lost nearly $200 million, and in the two years prior to that, they lost close to $130 million combined. At the same time, though, revenue growth at the company has exploded. In 2019, it grew by more than 100%, with total revenues reaching nearly $1 billion. The company further has more than 500,000 subscribers, and its churn rate — the percentage of customers who stop subscribing — is extraordinarily low, at 0.65% per month.

However, the company has run afoul of the music industry, specifically music publishers, because of the alleged use of unlicensed music in their classes. The National Music Publishers’ Association (NMPA) has sued the company for $300 million in damages, representing a range of major and larger indie music publishers.

Peloton, in response, has filed a countersuit against the organization, claiming that it is violating antitrust law by colluding with music publishers in an effort to prevent them from licensing music to the company. Peloton further insists that they want to properly license the music that they use, and that they intend “to vigorously defend” their interests going forward.

Now, they have a lot of money to do just that.