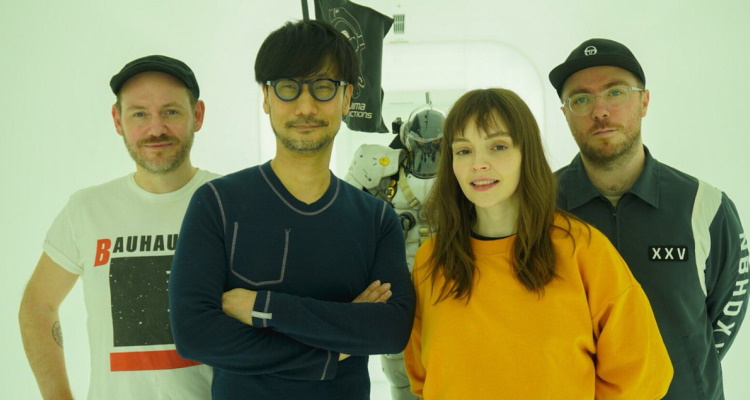 The upcoming release of Hideo Kojima’s Death Stranding game is much anticipated — to say the least.

A soundtrack will drop the same day, featuring exclusive music from CHVRCHES, Khalid, and Major Lazer.

The game’s director made the reveal via his Twitter account, where he’s been sharing development info. The PlayStation exclusive game has been much-anticipated among PS fans.  Several high-profile actors, including Norman Reedus, Mads Mikkelsen, and Guillermo Del Toro will star in the game.

But Kojima is also gathering a star-studded cast for a separate Death Stranding album. This album won’t feature any in-game music.  The official PlayStation FAQ page describes the album as “a collection of music from artists, producers, and musicians who have been inspired by the world of Death Stranding.” 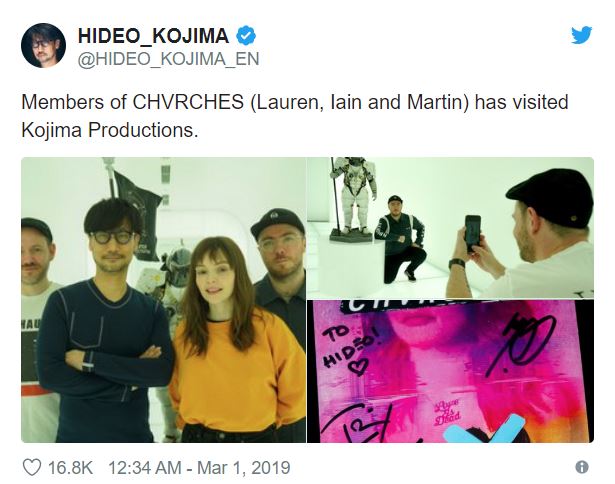 Earlier this year, Kojima tweeted a picture of him with members of CHVRCHES. The Scottish synth-pop band is a favorite of the eccentric game director. The band released a preview of their contribution to the album today. You can have a listen to the music below.

So how do fans get their hands on this special release? It’s part of the (sold out) Death Stranding Collector’s Edition or Special Edition.  Those two versions of the game will include a voucher to download the album.  Those who buy the Digital Deluxe edition will have their voucher code emailed to them.

Death Stranding: Timefall will be available on all major music streaming services soon thereafter. The game officially comes out on November 8th. Players will be reconnecting isolated cities with others in a post-apocalyptic society.

The project is Hideo Kojima’s first full release since his high-profile departure from Konami. Since then, the celebrated director has worked with several actors and artists on Death Stranding. He’s publicized the process via his Twitter account, which has helped create massive hype around the game.

An exclusive album with some of today’s hottest artists certainly helps with that, too.