Slayer Film ‘The Repentless Killogy’ Is Being Released In Theaters Worldwide 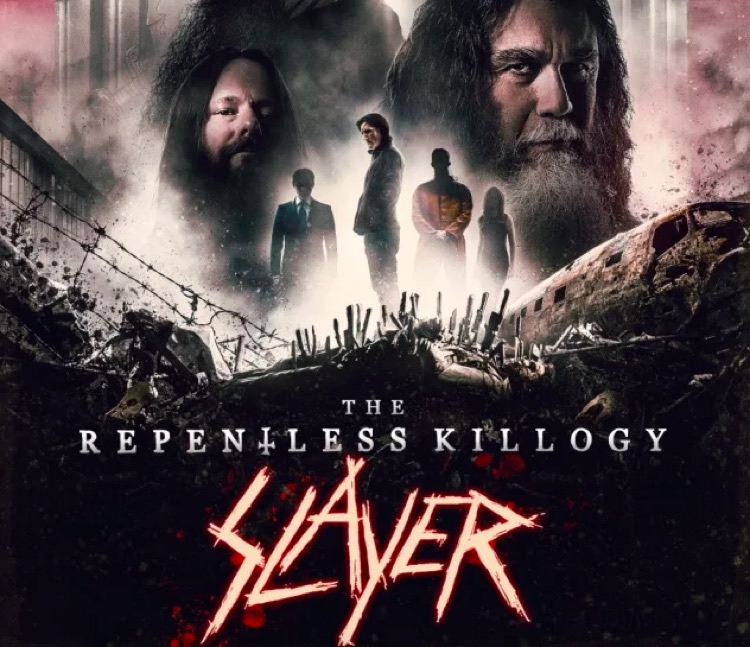 The concert/action film, which is entitled The Repentless Killogy, will appear in over 1,500 movie theaters around the world, but only for a day.

There are two parts to the film. In the first, the band has woven together the three music videos that were produced in support of their 2015 album, Repentless, and directed by BJ McDonnell into a narrative. This centers around a character named Wyatt, who is a former neo-Nazi gang member.  It includes the videos for “You Against You,” “Pride in Prejudice” and “Repentless.”

The second part of the film showcases the band’s complete 2017 performance at The Forum in Los Angeles. Wayne Isham, who has directed videos for Michael Jackson, Foo Fighters and Britney Spears, directed this part of the film.

McDonnell said that the trio of videos — along with the live concert — was the perfect way to wrap up Slayer’s final album and tour.

Heavy metal fans have a lot to look forward to in the coming month in terms of films.

On October 9th, Metallica will screen its S&M2 concert film. Like The Repentless Killogy, it will only screen for one night. The two films also have a few more things in common: Isham directed the concert footage for both and Trafalgar Releasing, which is known for distributing concert films, will distribute both films.

Interestingly, tickets for The Repentless Killogy go on sale on October 9th, which is the same day S&M2 screens. Fans can purchase tickets at the band’s film website, www.slayer.film.

Slayer fans who cannot be at the November 6th screening will not be completely left out. Nuclear Blast will be releasing DVD, Blu-ray and audio editions of the film on the same date. The audio editions include a two-disc vinyl set and a pair of CDs.