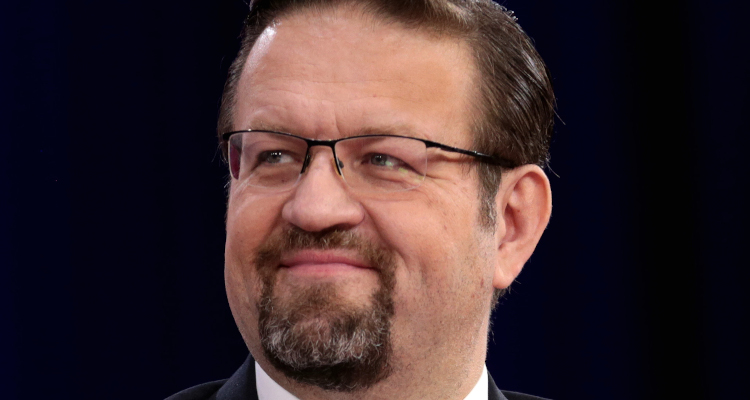 It is being reported that YouTube has banned former White House aide Sebastian Gorka for copyright violations, after he included music from Imagine Dragons without licensing it.

According to a Twitter post by the band’s lead singer Dan Reynolds, Universal Music Group is likely behind the DMCA requests.

In addition to having once been President Trump’s deputy assistant, Gorka has a show on the Salem Radio Network called America First. In reaction to often playing Imagine Dragons songs there, especially “Radioactive,” Reynolds in August of this year asked him to stop through a Twitter post.

Gorka refused, and likely was within his rights to do so within the scope of his radio show, under the standard licensing agreements that radio stations have with record companies. But when he posted recordings of the show on YouTube, he did so likely without proper licensing, which led to the removal of both the YouTube show and channel.

A spokesperson for YouTube said that Gorka’s channel “was terminated due to multiple copyright strikes.”

So far, Gorka — who has continued to be a strong supporter of the president since leaving the White House — has not commented in regards to his banishment. Some people believe that he may not even be aware of it, as he has continued posting links to his deleted YouTube channel. Gorka has even mocked those on Twitter who have tried to point this out to him.

Gorka, who was born in the United Kingdom to parents who fled communist Hungary, became a naturalized U.S. citizen in 2012. Once a military and intelligence analyst, Gorka has been tied to the so-called “alt-right” movement that reportedly has links to white supremacists. Gorka, though, denies this.

In addition to his radio show, Gorka has been a regular contributor on Fox News since 2017.