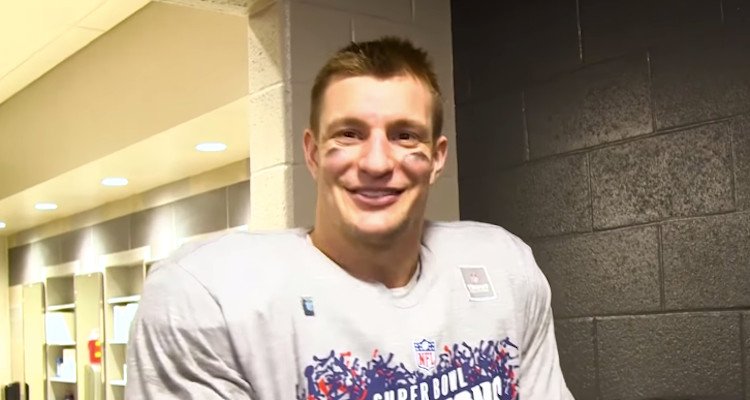 Former All-Pro tight end Rob Gronkowski announced that he is launching his own branded music festival, which will take place in Miami Beach on the day before Super Bowl LIV.

Entitled “Gronk Beach,” the festival will go on from 1 to 7 p.m. on February 1, 2020 at the North Beach Bandshell. Those scheduled to perform include:

The festival will also include food, drinks, games and beach performers, with tickets going on sale 11 a.m. EST on November 21. Partnering with Gronkowski in the festival is Medium Rare, which was founded by Joe Silberzweig and Adam Richman. The two in the past have launched similar events, such as Shaq’s Fun House, which featured former NBA superstar Shaquille O’Neal.

In addition to both being star athletes, O’Neal and Gronkowski also share something else in common: having oversized personalities that have extended their platforms well beyond sports.

He also caught another 12 touchdowns in the playoffs in route to three Super Bowl victories and five Pro Bowl selections. At the same time, he suffered a slew of injuries during his career, which caused him to not only miss many games but also to retire at the age of 29.  Though there is near constant speculation that he may return to the game at some point.

Gronkowski, though, insists that he will remain retired at least for this season. So, he told Billboard, “If I’m not playing in the Super Bowl, why not throw a Gronk-ified party?” He added, “No one knows Super Bowl weekend like me. I may not be playing, but I’m going huge with the debut of my very own music festival, one constructed on the sands of Miami Beach. And I got a lineup that I love, a lineup that brings positive energy to fans.”